Does it pack enough punch to take on the much-awaited Triumph Trident? 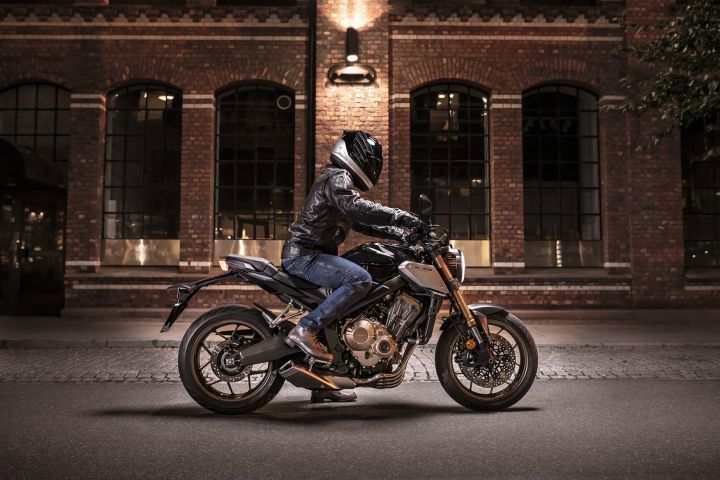 After bringing its mid-capacity ADV, the CB500X, to India, Honda has now launched its first middle-weight naked motorcycle here, the CB650R. But, is it good enough to shake things up in this entry-level superbike segment? We tell you its top five aspects to help you decide:

At first glance, the CB650R looks somewhat like its smaller sibling, the CB300R, which was discontinued in India. It gets a circular retro-looking full-LED headlamp, bronze alloy wheels, and a swanky golden fork. With barely any panel and a slim tail section, the CB650R is minimalistic. That said, its front end looks pretty brawny, thanks to the muscular fuel tank, standout header pipes, and the huge radiator. Honda is offering the CB650R in two colours: Red and Black.

The CB650R gets full-LED lighting, a negative LCD fully digital instrument cluster with a revised viewing angle, a Type-C port under the seat, and five-spoke aluminium alloy wheels. As for rider aids, all you get is Honda’s Selectable Torque Control (switchable traction control) and dual-channel ABS. Further, you get Honda’s Emergency Stop Signal technology (that automatically activates the hazard lights if you brake suddenly), and an Ignition Security System (Honda’s lingo for an immobiliser).

Among its rivals, the CB650R is the only motorcycle to feature an inline-4 powerhouse. It is powered by a 649cc liquid-cooled four-cylinder motor belting out 87PS and 57.5Nm. These numbers are more than both of its direct rivals, the Triumph Trident and the Kawasaki Z650. While the former makes 81PS, the latter produces 68PS.

For 2021, the CB650R features an updated Showa Separate Function USD fork along with preload adjustability. This, paired with the CB’s twin-tube frame and slightly forward-set handlebar, should make the naked motorcycle a sharp handler. However, the Indian version is somewhat heavy at 206kg, but its accessible seat at 810mm should make life easier. For braking, the bike gets twin 310mm front discs with Nissin calipers and a 240mm rear disc.

Currently, the most debatable aspect about the CB650R is its pricing. At Rs 8.67 lakh (ex-showroom), the CB isn’t really ‘economical’. In fact, it costs almost Rs 33,000 more than the bigger, more powerful, and better equipped Kawasaki Z900, even after its recent price hike. At this price point, the CB650R is not the most affordable, and it will only get more challenging from here on, considering Triumph is set to launch the Trident 660 in India soon.