Quite a lot of work has gone into the sporty electric motorcycle during this covid-affected period, and here’s what they are 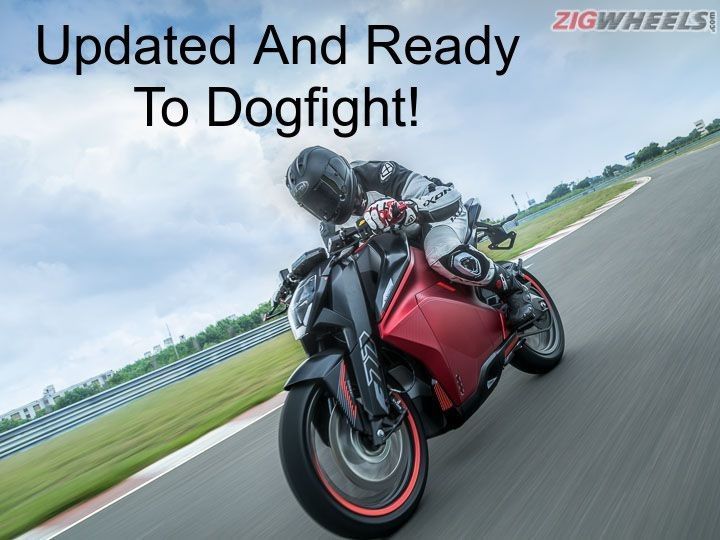 It’s been quite a while since we’ve heard from Ultraviolette, the Bengaluru-based electric startup which unveiled its maiden offering, the F77 electric bike, back in November 2019. The plan was to commence deliveries in October 2020 but as we know it, the coronavirus pandemic played spoilsport on the brand’s plans.

Amidst the economy-affecting lockdowns, the company has been silently working on improving the electric motorcycle. Ultraviolette had initially planned to offer a range of upgrades for the bike, but because of the delay in launch due to the pandemic, most of them have been incorporated into the e-bike already. We caught up with founders Niraj Rajmohan and Narayan Subramaniam, who gave us an update on what Ultraviolette has been up to during the lockdowns, and how the F77 has evolved.

The Ultraviolette F77 earlier had a claimed range of around 130-150km, but now the company claims the base variant itself will have a range of around 150km in the real world. The brand is working on a variant with higher range, so its launch is definitely on the anvil.

The biggest update has been in battery technology. According to the test riders, the new battery systems are able to sustain the torque longer. The motorcycle will be available with three battery packs working together, just like Ultraviolette had shown off in their prototypes in 2019. These battery packs will be available in two different versions. One version will support the base 150km range while the other will be for the higher range variants.

Ultraviolette doesn’t believe in creating a proprietary charging infrastructure. Instead, it is working on the government-mandated (from May 2022) charging points that cost around Rs 3,000 to set up. It is essentially a 3-pin AC industrial smart socket with Bluetooth connectivity. This will be compatible with the portable fast charger that fits into a backpack. The standard onboard charger works with a 5A electrical socket, and takes about six hours to charge completely.

The Ultraviolette F77’s electric motor produces 27kW of peak power and 90Nm of torque (at the motor). The company says the F77’s performance is comparable to that of a petrol-powered 300cc ICE powered bike. It can accelerate from 0-60kmph in 2.7 seconds, and 100kmph arrives in 7.7 seconds. The Vehicle Control Unit (VCU) has also been updated to its second iteration, offering faster processing power and better RFID reception (for features such as ‘Find My Vehicle’). Ultraviolette says it has managed to drastically improve standby time for the batteries, and has made a better diagnostic system with optimised data transfer to detect faults more effectively.

Ultraviolette reveals it has tweaked the trellis frame, swingarm as well as made the motor mount stiffer. The geometry of components have been optimised to improve agility and stability of the bikes. The company has also ensured the chassis is tuned to accommodate the different centre of gravity of the new battery packs. The suspension has also been tuned to aid handling. They claim they have been able to incorporate all these changes as they managed to really upscale their real-world testing during the last one year.

Ultraviolette believes that a touchscreen isn’t the right way to go as far as instrument consoles for sporty electric motorcycles like the F77 are concerned. To this end, it has incorporated a TFT instrument cluster that’s operable using a 5-way switchgear setup just like the one seen on the KTM 390 Duke. We believe Ultraviolette might have employed the same OEM component maker in Pune that supplies switchgear to KTM, so that the manufacturing costs can be optimised. The UX/UI (User Experience / User Interface) are in place, and quite a lot of work has gone into the app connectivity as well. With several sensors on the motorcycle, one can detect a fault even before it becomes a cause of concern.

With all these updates, expect the electric bike maker to launch the Ultraviolette F77 in the first quarter of next year. The base variant should be priced at around Rs 3 lakh whereas the variants with better range will cost a bit more, presumably at around Rs 3.5 lakh. Thanks to the revised FAME II subsidies and incentives from the states, the final cost is bound to go down considerably. Now, owning a performance-oriented electric bike doesn’t really seem like a distant dream, does it? Let us know what you think in the comments below.

Images of the earlier prototype shown for representation.