This includes a street naked, an adventure tourer and a fully faired offering 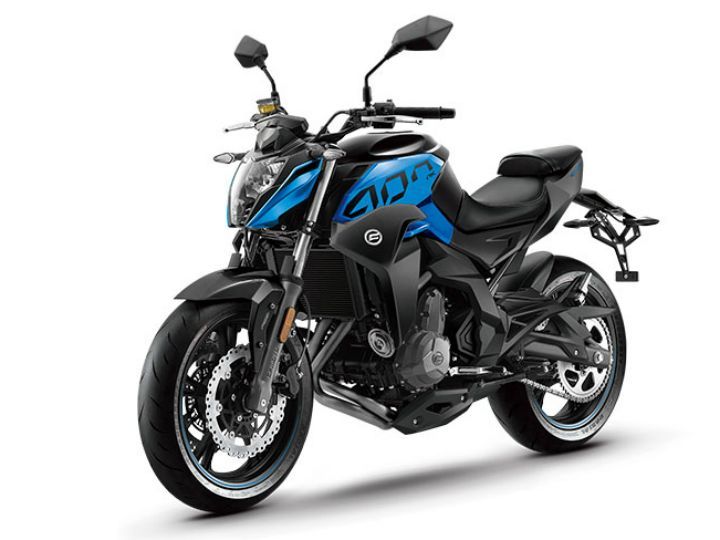 Ahead of its Indian debut on 19 July 2019, CFMoto has exclusively confirmed to us that it’ll be launching three new motorcycles by July 2020. These include the 400NK naked streetfighter, the 400GT adventure-tourer and the fully-faired 300SR.

Out of the three, the CFMoto 400NK and the GT have been on sale in international markets for quite some time now. Both are powered by the same 400cc liquid-cooled, twin-cylinder motor which churns out 41.4PS of power at 9,500rpm and 34.4Nm of torque at 7,650rpm, mated to a 6-speed unit.

What separates them, though, is their design and purpose. While the 400NK is a proper streetnaked with KTM Duke-inspired looks, the 400GT is an all-out adventure-tourer with a tall adjustable windscreen, long-travel suspension and a bigger fuel tank.

The fully faired 300SR was initially showcased as the 250SR concept back in May 2019. This was a fully focused track tool with a committed riding position, slick tyres, no head or tail lamps, Akrapovic exhaust system and the whole package.

But as much as we’d like to see a quarter-litre track bike, the production model sadly might trade in some of its parts for a more practical approach. Considering the ‘300’SR badging, we expect it to be powered by the same engine that is seen on the 300NK. This 292.4cc single-cylinder mill churns out around 34PS and 20.5Nm of torque.

We expect the Chinese firm to price the 400NK and the 400GT between Rs 3.50 lakh and 4 lakh. Similarly, we expect the 300SR to carry a price tag of around Rs 3 lakh (ex-showroom). We’ll be sure to bring you all the updates leading up to the launch, so stay tuned!