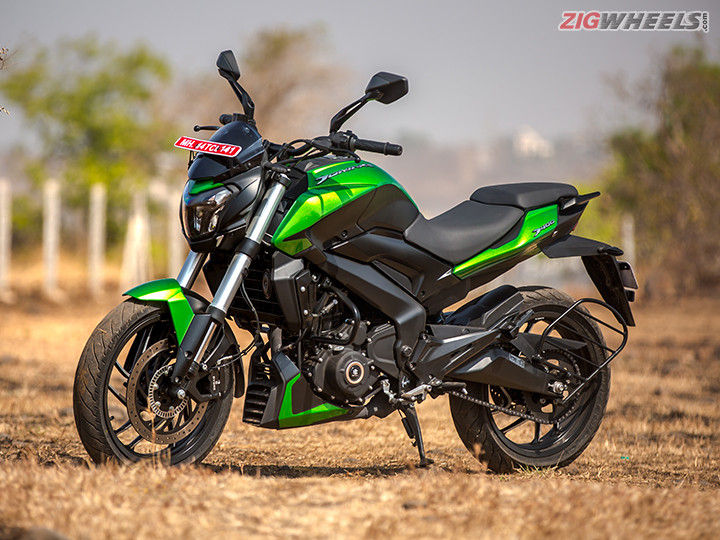 Dealership sources have confirmed that Bajaj has updated its flagship bike, the Dominar 400, to meet BS6 regulations. The power cruiser, which retailed at Rs 1,90,002, has received a minor price hike of Rs 1,749, effectively pushing its cost to Rs 1,91,751 (both prices ex-showroom Mumbai). Yes, the price gap is rather small. Credit goes to the manufacturer's smart strategy of bumping prices over the past year to bridge the price gap between the BS4 Dominar 400 and the BS6 model. You can reserve the bike for a token amount ranging between Rs 1,000 and Rs 5,000 depending on the dealership.

The 2020 Dominar 400 gets a tweaked engine, an ECU update, and a new cat-con to comply with BS6 emissions, but misses out on cosmetic updates. Having said that, we could expect Bajaj to introduce new paint schemes in the coming months to up its style quotient.

Unfortunately, the bike’s specs have been kept under wraps. We doubt the update will have any impact on the Dominar 400’s performance. And there's a good reason for that. The motor was recently updated with a DOHC setup to put out more power and torque, which brings it in spitting distance of the KTM 390 Duke -- a bike whose performance hasn’t taken a hit despite being updated to comply with BS6 emissions. This makes us believe that the Dominar 400 may offer the same 40PS of power at 8650rpm and a peak torque of 35Nm at 7000rpm, mated 6 speed.

It’s also highly unlikely for Bajaj to tinker with the bike’s underpinnings. It will continue to use the same suspension setup, which includes an upside-down fork and a monoshock at the rear. Braking setup comprises discs at both ends paired with dual-channel ABS. The Dominar 400 BS6 is expected to be launched by Feb-end or early-March 2020. It competes against the Jawa, Royal Enfield Classic 350, and the Mojo 300.