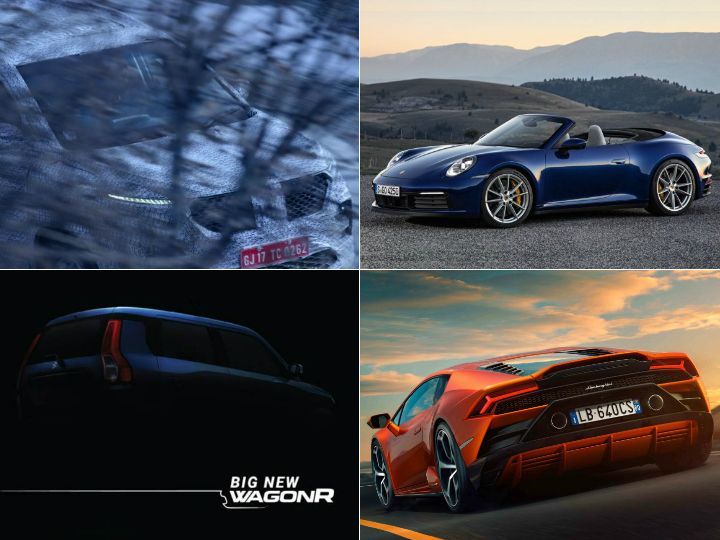 There were a couple of launches this week, though not major ones. Honda finally added a top-end manual-transmission variant to the City, while Hyundai gave the Creta some more ammo to take on the new competition in its segment.

It’s only been two weeks into the new year and we already have a lot to look forward to in terms of launches. First up is the all-new Maruti Suzuki WagonR, followed by a luxury MPV from Mercedes-Benz and 9 more products. The flagship SUV from BMW is coming, and so is the much awaited Mahindra compact-SUV. MGs first SUV with a very British-sounding name will be here by mid-2019, along with an extended range all-electric car from Nissan. Finally, Volvo will launch the long-awaited BMW 3 Series, Audi A4, Mercedes-Benz C-Class, Jaguar XE rival in the form of the S60.

CES 2019 gave us a glimpse into the near future of mobility and some fanciful ideas of a future that looks too good to be true. Check out this and more through the links below.

With customers switching interest back to petrol cars, manufacturers are being forced to give petrol variants of their cars more attention. The launch of the top-of-the-line ZX petrol manual variant is the example in this switch of focus for Honda. The Honda City was only available in the top trim with the diesel-manual and petrol-automatic powertrains. Honda's also given the City lineup some new standard equipment and new paint options. Check out the price and other details here.

Hyundai is bolstering up its competitor in the premium compact-SUV segment, the Creta, in anticipation of a looming battle. Nissan is all set to launch the Kicks on January 22, while the Tata Harrier and MG Hector will also be here later in the year. The Creta SX (O) Executive is the new top-end variant in the lineup and gets a segment-first ventilated front seats. Hyundai’s made other changes to the Creta lineup, check them out here.

What’s New? An all-new platform, revolutionary exterior design which is sure to divide opinions, improved interior design, two petrol engines, no CNG option at launch.
Read more about the all-new Maruti Suzuki WagonR here.
Also check out the spec comparison of the new WagonR against the competition, including the Hyundai Santro, here.

10 Mercedes-Benz cars, beginning with the V-Class

When? From January 24
What’s New? Mercedes-Benz’s second attempt at wooing buyers with a luxury-MPV after the huge R-Class back in 2011. Nine more products to follow after the V-Class.
Read the details about all the Mercedes-Benz cars headed to India this year, here.

When? Flagship X7 SUV sometime in January
What’s New? BMW’s new flagship grille with an SUV attached to it is expected to make its debut soon, as soon as later this month, followed by another all-new SUV, the X4. Both of them will be assembled at the company’s plant in the Chennai from the get-go.
Details of BMW’s new SUVs here.

When? February 2019
What’s New? A whole new compact-SUV from Mahindra designed to take on the popular Maruti Suzuki Vitara Brezza. Bookings are officially being accepted, four variants available. Will be available with both petrol and diesel engines, both designed and made in-house.
Check out all the segment-first features the Mahindra Marazzo will get here.

When? Mid-2019
What’s New? MGs first product for India, based on the Baojun 530 sold in China. Named the Hector after a British Biplane and Trojan War Warrior. Looks like it's going to be big on space and features, will be powered by a Fiat-sourced 2.o-litre MultiJet diesel engine.
All the details and photos of the MG Hector here.

When? Mid-2019
What’s New? Leaf e+ with over 360km range seems ideal for India, showcased as CES 2019. Will not be cheap when launched in India, but it is expected to sow the seeds for affordable all-electric personal mobility in the country.
You can drive the Nissan Leaf using only one pedal! Details here.

When? Late 2019
What’s New? Mid-sized luxury sedan from Volvo in its drool-worthy new avatar has been on the cards for a looong time. Will not be offered with a diesel engine at all, will get hybrid powertrain to compensate.
Check out the beautiful photos of and read more details about the 2019 Volvo S60 here.

The Lamborghini Huracan has been given a facelift, along with a whole lot of new tech and updated Performante-derived 5.2-litre V10 motor. Expected to be launched in India with a price tag well over Rs 3 Crore. Read more about the most affordable Lamborghini here.

The beautiful looking all-new Porsche 911 takes its top off and makes go weak in their knees. It’s no pinup model though, even with the disadvantages of being a convertible, 0-100kmph can be achieved in 3.6 seconds! India launch expected later this year.

A roundup of CES 2019, the tech show which car manufacturers love.

Photos of the upcoming BMW 7 Series sedan leaked. What do you think?

Renault slashes prices of the Captur. Why? And how does it help you? Read more to find out.

Force Gurkha with a BSVI sticker spied testing. Will the ageing 2.6-litre, 4-cylinder, turbo-diesel be finally discontinued? Check out the spy shots and our analysis here.