The Wagon R will be offered with two petrol engine options - a 1.0-litre, 3-cylinder unit as well as the Ignis’ 1.2-litre four-pot 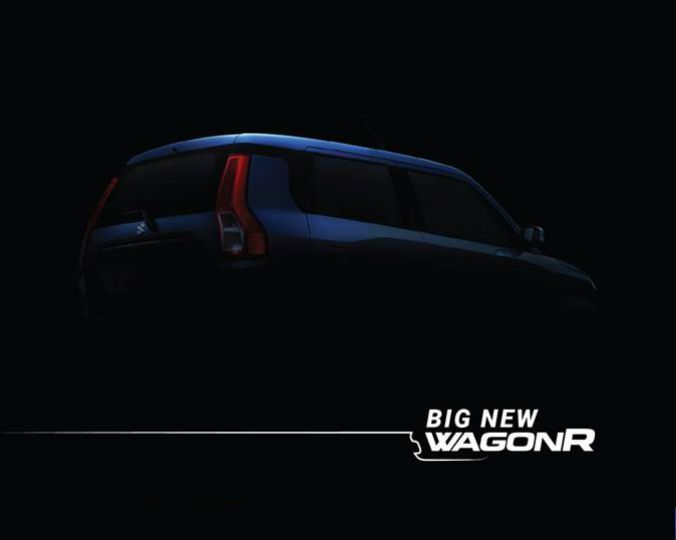 Maruti Suzuki is set to launch the new 2019 Wagon R on January 23. The latest generation of the old workhorse has been spied numerous times and we’ve already seen the car inside and out. However, Maruti has now released a teaser image of the Wagon R. The image shows the rear three-quarter angle and highlights the car’s tall boy design and new floating roofline. Also visible are the vertically stacked tail lamps not unlike ones seen on the recently launched Ertiga. On the rear windscreen, you can also spot a rear washer with wiper, which is likely to be limited to the ZXi variant.

Thanks to a leaked spec sheet, we also know that the Wagon R will be available with two engines - a 1.0-litre, 3-cylinder engine, which will be carried over from the previous model, and a 1.2-litre, four-pot engine that powers the Ignis, Dzire and the Swift. The 1.0-litre unit makes 68PS of max power while the 1.2-litre motor makes 83PS. Thanks to the spec sheet, we also know that the 1.0-litre will be available with the L, V and V AMT variants while the 1.2-litre engine will be available in the V and Z variants with both manual and AMT gearboxes.

Maruti has, however, confirmed that the 2019 Wagon R will not be available with a CNG option at the time of the launch. This could be a disappointing revelation for a few. Despite the CNG version being the go-to model for fleet operators, the Wagon R CNG found many private owners as well thanks to its frugality and reliability. Previously, the Wagon R CNG was available with the 1.0-litre engine only and made 59PS of power compared to the 68PS of the petrol engine. Maruti is likely to continue with the same engine with a similar state of tune when it is launched a few months down the line. Currently, the Wagon R CNG is priced at Rs 4.73 lakh for the LXi and Rs 4.92 lakh for the LXi (O) variant. As of now, the CNG variants cost about RS 40,000-Rs 50,000 more than their petrol counterparts. Expect this trend to continue with the new Wagon R.

Maruti also informed us that the current Wagon R, as well as its CNG version, will be discontinued soon. The new Wagon R 1.0-litre engine comes with an AGS option, so the addition of the AMT gearbox to the CNG variant cannot be ruled out. Although it might not happen immediately, thanks to the government’s push towards CNG-powered cars, Maruti could even offer the 1.2-litre engine with a CNG option, especially for private owners.

In essence, anyone looking to upgrade to the new Wagon R CNG will have to wait for a few months. And if waiting is not an option, go to your nearest dealer and buy the current one.