Undisguised images of the updated BMW flagship has emerged online. How does it look? Well, we’ll let you be the judge 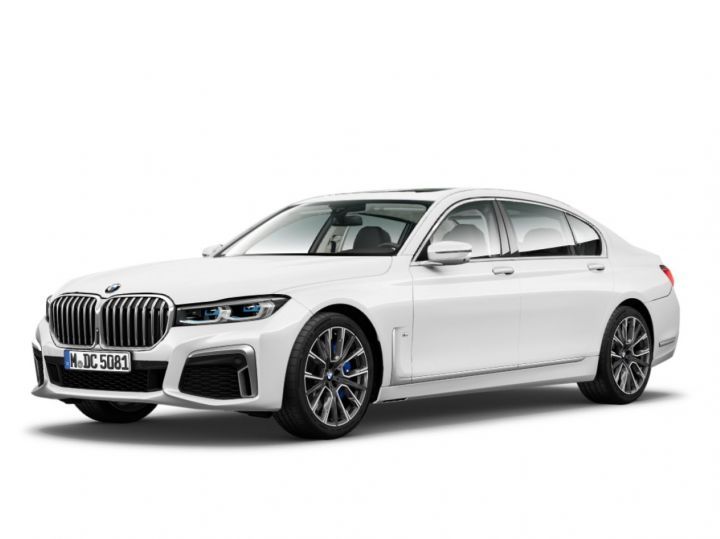 The BMW 7 Series is due to get an update this year and BMW had made it abundantly clear the design philosophy it intends to follow with the debut of the BMW Concept iX7 Performance. The debut of the production-spec X7 proved that BMW intends to stick to its decision of increasing the size of its trademark kidney grille.

Recently, images of the new 7 Series emerged online with the new chromed out kidney grille design, making us wish it was photoshopped. But alas, it’s not. Now, more images of the 7 Series have emerged which show the car completely undisguised from all angles. The images seem to have been taken from an online configurator and show the 750Li and the M760Li in Pristine Alpine White.  The updated 7 Series gets a massive new grille that seems to have been lifted directly from BMW’s latest flagship SUV, the X7. The slats get a shiny chrome finish and are flanked by sleek-looking laser headlamps which have been reworked for the updated model.

The bonnet as well as the the front bumper have been reworked as well. The 750Li gets a more stately front end with a clean looking front apron. In the V12 M760i, the clean front end is replaced by massive air intakes and sporty 5-spoke alloy wheels. It also gets the V12 badge on the rear pillar. The ‘hockey stick’ on the front fender now stands upright and looks more like a golf putter. The rear end of the luxo-barge features sleek LED tail lamps. The 750Li gets dual exhaust tips integrated into the rear bumper while the M760i sports quad exhaust tips.

According to BMW Blog, the mid-life facelift, or the Life Cycle Impulse in BMW speak, will get updated powertrains as well. The 740i is likely to get 335-340PS from the straight-six petrol motor along with an all-wheel-drive system. The 745e plug-in hybrid could be a nuptial agreement between the 3.0-litre straight-six and an electric motor for a total output of 388PS and about 600Nm of torque. The 750i, on the other hand, will likely be powered by the same 4.0-litre twin-turbo V8 that also powers the M5 and will make about 530PS. The M760i, the flagship of the flagship, will produce well north of 600PS from its mental V12 engine.

Also read: New Hyundai and Kia Cars Will Charge Themselves, And Come To You!

In India, the current list of variants are likely to be carried forward as is and when launched, it will be available in the L, or long wheelbase, versions only. In addition to this, we are unlikely to get the 750i. However, the M760Li will certainly be made available, possibly post the initial launch. Lastly, the possibility of the plug-in arriving here cannot be ruled out either. When launched, it is expected to be priced between Rs 1.33 crore - Rs 2.7 crore (ex-showroom) and will compete against the Mercedes-Benz S-Class, the upcoming Audi A8 and the Jaguar XJ.