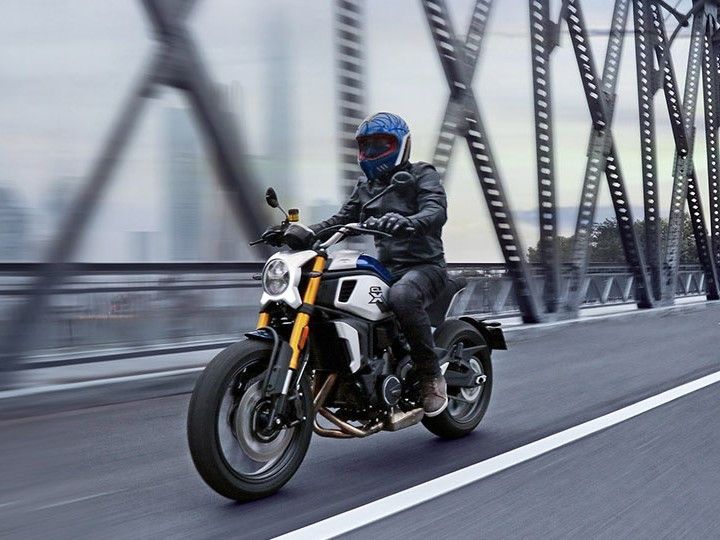 Two years after its global unveil at EICMA, the CFMoto CL-X 700 Heritage will finally debut in Italy this June. The Chinese brand hasn’t finalised the date yet, but has revealed the price of the neo-retro motorcycle. At EUR 6,400 (Rs 5.70 lakh), the bike will take on the likes of the Honda CB650R and the Yamaha MT-07.

The CL-X 700 was revealed in three trims -- Heritage, Sport and Adventure. Surprisingly, the manufacturer chose to launch only one model, especially given that this motorcycle marks CFMoto’s onslaught in the European market.

With the growing popularity of neo-retro bikes, CFMoto chose to ride the tide with this bike. The CL-X 700 Heritage hasn’t changed much from the pre-production avatar that was showcased two years earlier. From the shape of the all-LED headlight to the faux leather seat and the gold-painted alloys, everything screams retro. That said, the bike comes with thoroughly modern features.

To start off, the CFMotor CL-X 700 Heritage comes with an automatic headlight that adjusts itself according to the ambient light. It even features self-cancelling indicators. If that didn’t catch your fancy, this sure will: CFMoto has equipped the bike with cruise control, a feature missing on its competitors.

Powering the neo-retro roadster is a 693cc, liquid-cooled parallel-twin engine producing 74.7PS at 8,500rpm and 68Nm at 6,500rpm. The engine is paired to a 6-speed gearbox aided by a slipper clutch.

The hardware on the CFMoto CL-X 700 is impressive as well. The frame is suspended onto 41mm KYB USD offering preload adjustability along with compression (left fork) and rebound (right fork). At the rear, an adjustable link-type monoshock handles the suspension duties. Dropping the anchor on this bike is a single disc up front and rear, paired with J.Juan calipers.

Is the CFMoto CL-X 700 coming to India? It is unlikely that the bike will come here before mid-2022. Though the brand has launched only the 300NK BS6 now it will soon launch the 650NK, 650GT and 650MT in the coming months. While this neo-retro motorcycle may be a far-fetched dream, CFMoto has some interesting plans for India