The patriotic bike comes in a two-tone shade of Blue 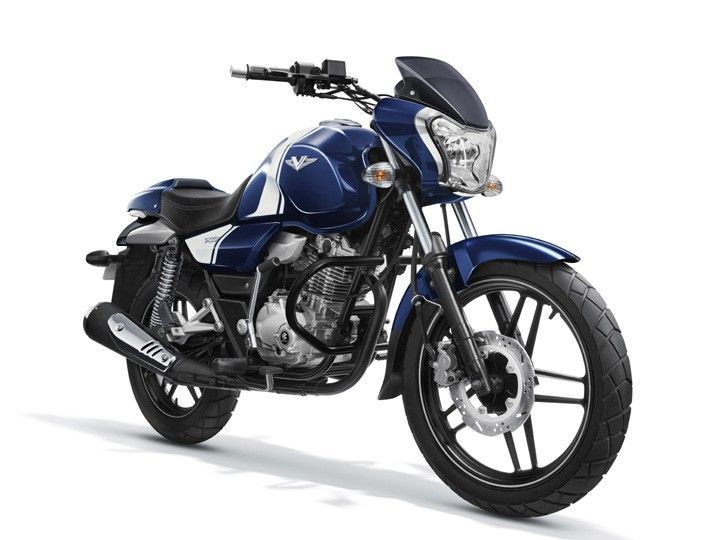 When launched, the Bajaj V15 managed to raise quite a few eyebrows with the reason being not as much the bike itself but the unique marketing campaign around it. For the unenlightened, a couple of decades back Bajaj Auto had managed to get its hands on the highly-decorated and 1971 Indo-Pak war veteran frigate – the INS Vikrant. Well, they managed to buy all the salvageable scrap metal from the decommissioned warship.

They then went ahead to  the huge cache of metal and formed it into parts of the Bajaj V15 (how much metal is used is a closely guarded secret) so what you have is the opportunity to own a piece or pieces of India's illustrious Naval history. The idea struck a chord with lots of Indians (or maybe it was the design) with the V15 selling over a lakh bikes over four months.

The launch version had a nautical themed two-toned White and red colour scheme and the theme continues with a new  Blue and White colour scheme. The rest of the bike's mechanicals remains the same and that includes a torquey 150cc single pot motor that puts out 13Nm of torque at just 5500rpm. As part of its marketing campaign, Bajaj Auto has also released a film is about celebrating nationalistic pride