Revealed in coupe and speedster form, R-Reforged has also given the Vantage V12 Zagato some performance enhancements 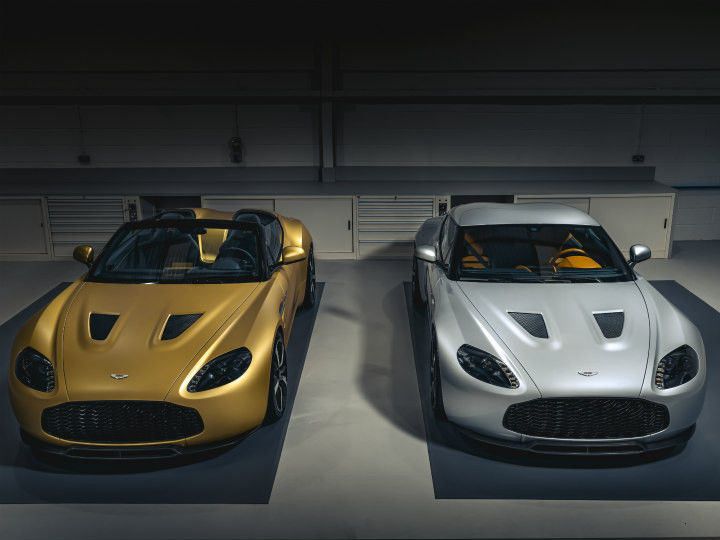 Utilising the Aston Martin Vantage V12 chassis, the ‘twins’ are pretty much a coupe and a speedster iteration of the Aston Martin Vantage V12 Zagato Heritage. As for what’s changed the biggest boost is under the hood. While the two models retain the 5.9-litre V12 engine, R-Reforged has bumped outright power upto 600PS which is a whopping 90PS over the standard engine. That’s thanks to R-Reforged slapping on a performance aluminium air intake and Titanium exhaust setup.

Other tweaks include the ride height being lowered by 10mm and  increasing track by 20mm. On the outside, the two models haven’t veered much from the original V12 Zagato, but feature aero updates in the form of a new front splitter and an active aero wing. Rounding off the elegant design are 19-inch wheels wrapped in Michelin Pilot 4S tyres.

R-Reforged has also added some neat premiums in the cabin with the utilisation of materials like Grade A leather in a vast range of colors, bespoke patterns and textures. Other tweaks include a sleeker, yet longer windscreen for the speedster and reworked carpet boot moulding.

Exclusivity is the name of the game as the Aston Martin Vantage V12 Zagato Heritage will be sold in just 19 pairs of the coupe and speedster, with each car taking a team of 12 craftspeople 16 weeks to assemble. Also, the first pair of these heritage models are actually prototypes that will go to Zagato’s private collection.