5 Most Expensive Bikes Ever Sold In India

Here are the five most ostentatious motorcycles to ever go on sale in India, despite their outrageous price tags 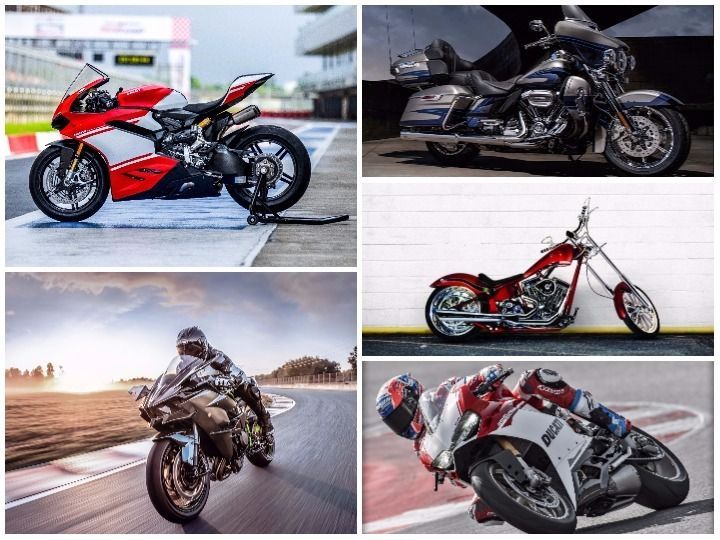 Usually, if people are rich, they buy a luxury car or invest in properties. On the other hand, some passionate souls born with silver spoons look for two-wheeled opulence. While some bikes offer blistering performance, others simply spoil you silly while riding. Here are the five most extravagant bikes ever sold in India, notwithstanding their stratospheric value: Also read: 10 Motorcycles We Wish To See In India

Ducati celebrated its 90th anniversary by creating a one-of-a-kind limited edition (500 units only) superbike called the Panigale S Anniversario in 2016. It’s been a long journey for the brand which once used to make radio components in the pre-World War II era, and look how far it has come. Coming back to the bike, it is powered by a 1285cc Superquadro L-Twin liquid-cooled engine which punches out 205PS of power at 10500rpm and 144.6Nm of torque at 8750rpm. The powerplant nestles inside the monocoque aluminium chassis, which is suspended by 43mm Ohlins NIX30 semi-active, fully adjustable inverted forks up front and a semi-active, fully adjustable Ohlins TTX36 monoshock linked to the single-sided aluminium swingarm. The bike’s braking responsibilities are handled by dual 330mm discs with Brembo M50 Monobloc calipers at the front and a single 245mm disc at the rear. Also read: Rs 60 Lakh Ducati Delivered In India

If you’re looking for an all-American, chrome and freedom-laden tourer that screams “‘Murica!”, look no further. This behemoth is as special as it can get when it comes to tourers. The CVO Limited is powered by Harley’s latest 1868cc twin-cooled Milwaukee-Eight engine which belts out an earth-moving 165Nm of torque at just 3250rpm! The engine is mated to a 6-speed transmission and the power is transferred to the rear by a chain drive. Other noteworthy features of this motorcycle include a tyre pressure monitoring system, touchscreen infotainment system, an intelligent Boom! audio system that’s speed-sensitive, voice recognition for phone functions, USB, and Bluetooth support.

The fuel tank capacity stands at 22.7 litres, which should allow ample range for touring, and the bike tips the scales at a hefty 431kg in running order. Unfortunately, there’s only a reverse light and no reverse gear like the Honda Goldwing has. So, think twice before parking this luxo-barge of a motorcycle! All that fancy features command a fancy price tag and this one will cost you about Rs 51.35 lakh, ex-showroom, Delhi.

Choppers are one of the swankiest attention-grabbing two-wheelers and the Big Dog K9 Red Chopper-111 is as bold as its ridiculously long name. The K9 is powered by an 1807cc V-twin motor mated to a 6-speed transmission. The bike uses a belt drive to transmit the power from the engine, and the rear wheel uses a massive 250mm wide tyre, which is just 15mm thinner than the Toyota Fortuner’s rubber.

The bike also comes with a host of optional exotic extras like premium seats, exhausts, sissy bars, handlebars, stator and rotor kits, etc. Such extreme exuberance comes at an equally extreme cost. This unique two-wheeled art costs Rs 59 lakh, ex-showroom, Delhi, and that’s the price you pay to look and feel like the Ghost Rider.

Kawasaki’s ultimate track tamer, the Ninja H2 R redefines the superbike segment not only with its killer looks, but also with its unique supercharged heart. The Ninja H2 R is designed and developed in conjunction with Kawasaki’s numerous other industrial divisions. Powering this beauty is a 998cc supercharged, liquid-cooled inline four-cylinder engine which generates an insane 312PS, and this isn’t even its final form. In ram-air mode, it develops a mind-bending 330PS of power! The torque figure stands at a healthy 156Nm. The supercharger, developed with the help of multiple divisions within the Kawasaki Heavy Industries group, was so efficient that it eliminated the need for an intercooler.

The frame is a trellis unit made up of high-tensile steel with a single-sided swingarm. Kawasaki has spared no expense in equipping the bike with top cycle parts. The front suspension is an adjustable KYB AOS-II 43mm inverted fork while the rear wheel is damped by a fully adjustable Ohlins TTX monoshock. With great power comes great stopping force. And that’s taken care by a pair of 330mm Brembo discs up front and a 250mm rear disc.

The mechanical working of the bike is controlled by a plethora of electronics. The bike comes with Bosch six-axis inertial measurement unit, Kawasaki Corner Management Function (KCMF), Kawasaki Traction Control (KTRC), Kawasaki Launch Control Mode (KLCM), Kawasaki Intelligent anti-lock Brake System (KIBS), Kawasaki Engine Brake Control, and Ohlins electronic steering damper. It takes that much of electronic doo-daahs to work in unison to keep this monster under control. Priced at Rs 69.80 lakh, ex-showroom, Delhi, this maddening motorcycle is only restricted to the track as it is not road-legal. Safe to say, the bike is truly built beyond belief.

The Ducati 1299 Superleggera is currently the brand’s most expensive offering and was recently sold to an Indian businessman. Only 500 have been made and all of them are sold out! So what makes this particular bike so expensive? For starters, the bike employs the most powerful factory-built twin-cylinder engine ever. It is also the first production motorcycle to have a carbon-fibre monocoque, single-sided swingarm, rear subframe, fairing and carbon-fibre wheels with aluminium hubs. Thanks to all those exotic parts, the bike tips the scales at just 156kg dry. The 1285cc liquid-cooled Superquadro Desmodromic L-twin engine punches out a massive 215PS of power at 11000rpm and 146.5Nm of torque at 9000rpm. The engine is mated to a slip-assisted 6-speed gearbox with Ducati Quick Shift (DQS) for both clutchless upshifts and downshifts. Also read: This Is The Most Expensive Bike Sold In India