You Can Now Unofficially Book The 2021 Hyundai Alcazar 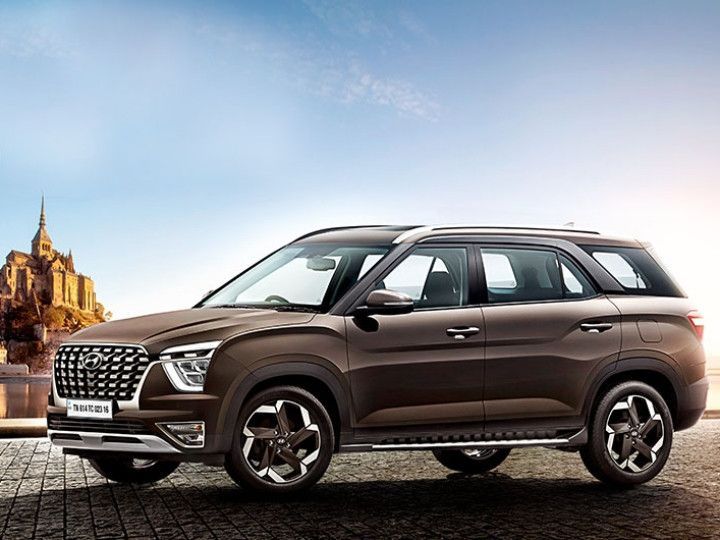 The launch of the Hyundai Alcazar, which was expected by April-end, has been delayed due to the pandemic. But that hasn’t stopped select Hyundai dealerships across the country from accepting unofficial bookings. So if you are planning on getting the SUV, this may be a good time to take a look at some of its important aspects.

The Alcazar is essentially an extended Creta with three rows of seating. It’s 150mm longer than the Creta, at 2,760mm, with most of the extra length occupied by the middle row. Moreover, the Alcazar’s 151-litre boot (with all three rows up) is larger than its rivals, the Tata Safari and MG Hector Plus.

Like its competitors, the Alcazar will be offered both as a 6-seater with captain seats and a 7-seater with bench seats for middle row occupants. The former packs a unique floor-mounted central console with a cup holder and a wireless charging pad. While the dashboard design remains similar to the Creta, it’s likely to be finished in black-brown in the larger SUV.

The Alcazar also one-ups the Creta by offering a 360-degree camera. It is also likely to come equipped with a 10.25-inch infotainment system with connected car tech, Apple CarPlay and Android Auto, a Bose sound system, ventilated front seats, a 7-inch digital instrument display, and a panoramic sunroof. Safety should be taken care of by six airbags, ABS with EBD, parking sensors, and electronic stability control.

Also Read: After The Kia Seltos, It’s The Hyundai Creta’s Turn For New And Improved Features

The Alcazar will be powered by 159PS 2.0-litre petrol and 115PS 1.5-litre engines. Both units will come with a 6-speed manual gearbox and an optional 6-speed torque converter automatic.

Our guess is the Alcazar could command a premium of Rs 70,000 to Rs 1.20 lakh over the Creta that is priced from Rs 10 lakh onwards. Apart from the Tata Safari and MG Hector Plus, the Alcazar will take on the upcoming Mahindra XUV700 as well.