Ducati India has made the announcement on its social media channel 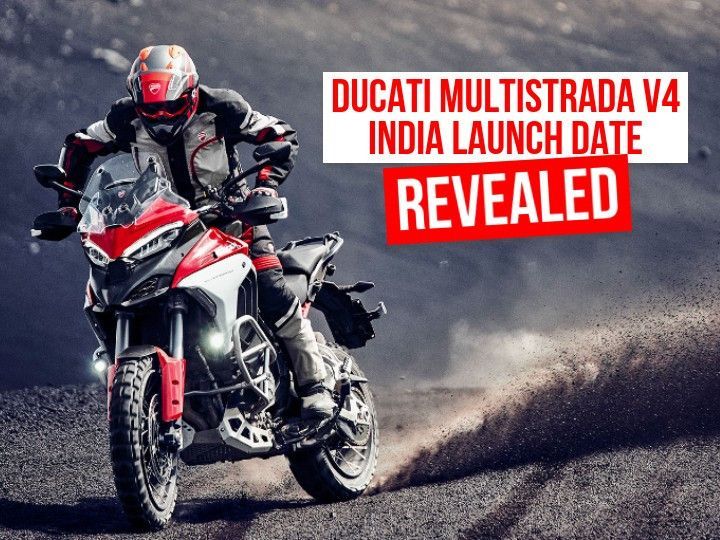 The Multistrada V4 finally has a date... for its India launch. Ducati has announced via social media channels that its flagship ADV will arrive here on July 22, 2021.

It will go up against the Harley-Davidson Pan America 1250 and the recently updated BMW R 1250 GS. We expect Ducati to price it somewhere between these two, at about Rs 20 lakh (ex-showroom), which would give it an unmatched price-to-feature ratio.

Coming to the bike, the Ducati Multistrada V4 is the first V4 offering in the famous Multistrada lineup.

And on the design front, it’s certainly reminiscent of the lineup thanks to its tall stance, red graphics, and beak-like air intakes up front.

What sets it apart from the lineup is its BS6-complaint 1158cc V4 Granturismo engine, sitting in an aluminium monocoque frame. It pumps out a healthy 172PS and 124Nm, mated to a 6-speed gearbox. A slipper clutch and a bi-directional quickshifter come standard.

All that power is reined in by extensive electronic aids, including four riding modes: sport, touring, urban and enduro, wheelie control, cornering ABS, and traction control  -- all accessible via a 5-inch TFT.