We explore the cleaner Kawasaki naked in a series of images 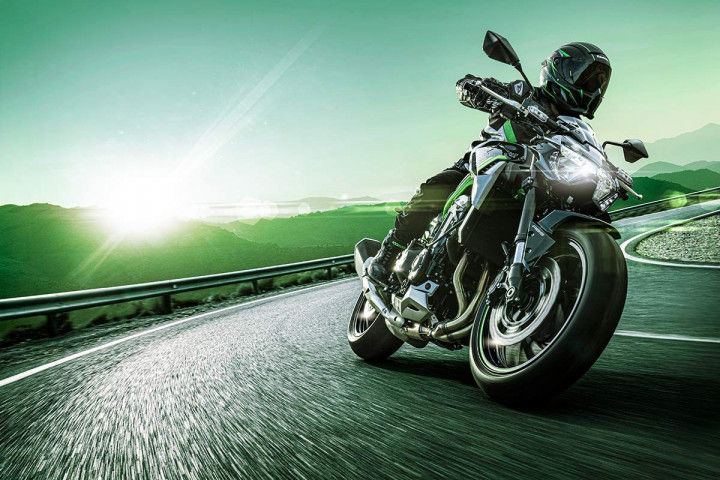 Kawasaki has launched the Z900 BS6 in India. The greener streetfighter comes at the same price as the BS4 Kawasaki Z900 Special Edition motorcycle. Here's a closer look at the Z900 BS6 via a series of detailed images:

Also read: Here’s How The BS6 Kawasaki Z900 Is Different From Its BS4 Counterpart

While the 17-litre fuel tank capacity remains unchanged, the weight is up by 2kg and now stands at a hefty 212kg. The ground clearance is now up by 15mm. Overall, the Z900 BS6 is now longer and taller than its BS4 predecessor. The wheelbase too has increased by 5mm.

The rider now sits 25mm higher than before on the Z900 BS6 thanks to a new 825mm tall seat. Thankfully the pillion seat remains unchanged.

With the new look, the Z900 BS6 receives a new LED headlamp and LED turn indicators. The LED tail lamp has been carried over.

The Z900 BS6 features a full colour TFT instrument console with Bluetooth connectivity. It gets additional buttons on the left side switchgear to navigate through the menu and electronics.

You can sync your smartphone to the instrument console via Kawasaki's Rideology app. This app allows you to access several features such as call/message notifications, navigation and display settings.

The Euro 5/BS6 compliant 946cc in-line four cylinder motor offers the same power and torque as its BS6 predecessor. It's peak power output of 125PS at 9500rpm and 98.6Nm of torque at 7700rpm is the highest in its class. The six-speed gearbox offers the same ratios as before and comes with a slip and assist clutch.

It gets a new electronics rider suite in the form of four rider modes: Rain, Road, Sport and Manual, dual-channel ABS, and a three-stage traction control setup.

The Z900 BS6 gets two power modes as well. In the low mode setting, the power output is restricted to about 55 percent, whereas the full mode gives you all 125 horses to play with.

The underpinnings remain mostly unchanged. It gets the same non-adjustable 41mm upside-down forks and a monoshock adjustable for preload and rebound. Even the braking setup remains the same with twin 300mm petal front discs with four-piston calipers and a 250mm rear petal disc.

Before the launch of the Z900 BS6, Kawasaki had launched a Special Edition BS4 model that got the BS6 model's design and features, but with the older motor. The good news is that the Z900 BS6 is priced the same as the BS4 Special Edition, at Rs 7.99 lakh. The Kawasaki Z900 BS6 currently competes with the Triumph Street Triple R.