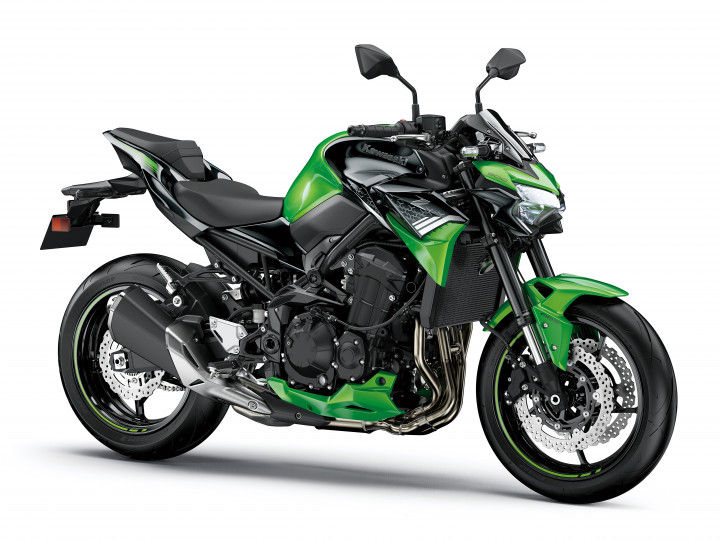 Kawasaki has finally launched the new Z900 in India. The Japanese brand had sent a press release in December stating that the bike will be priced between Rs 8.50 and 9 lakh (ex-showroom) and it was supposed to be launched by March 2020. However, due to the ongoing COVID-19 pandemic, the launch got delayed and instead, Kawasaki launched a Z900 Special Edition with a BS4 motor. As opposed to the earlier estimated price, the 2020 Kawasaki Z900 has been priced at Rs 7.99 lakh (ex-showroom). This price is similar to the retail amount of the BS4 Kawasaki Z900 Special Edition and just Rs 29,000 more than the older standard Z900.

To justify this price hike, Kawasaki has added a bunch of new goodies on the BS6 Z900. It gets electronic aids such as four riding modes (Sport, Road, Rain and Manual), three-level traction control system, and two power modes. This is a big update as the previous Z900 didn't have as many electronic goodies. On the styling front, the Kawasaki Z900 BS6 gets an LED headlight and a new TFT instrument console that adds to the premium factor.  It also features smartphone connectivity via the Kawasaki Rideology App. In international markets, the new Z900 is available in two shades of metallic graphite gray/metallic spark black and metallic spark black/metallic flat spark black.

Also Read: Here Are 5 Things You Must Know About The New Kawasaki Z900

As expected, the new engine is BS6-compliant. What’s impressive is the fact that despite meeting the new emission norms, there has been no drop in power. The 948cc, in-line-four engine produces 125PS at 9500rpm and 98.6Nm at 7700rpm Transmission duties are handled by a 6-speed gearbox with slip and assist clutch. Once launched, the Kawasaki Z900 BS6 will compete against the Triumph Street Triple R. The Japanese bike undercuts the Street Triple R by Rs 85,000, which is a significant amount.