Honda has given Civic fans a reason to rejoice by bringing the much revered sedan back to India. However, how does the all-new Civic that is set to be launched here fare against its international counterpart? We find out 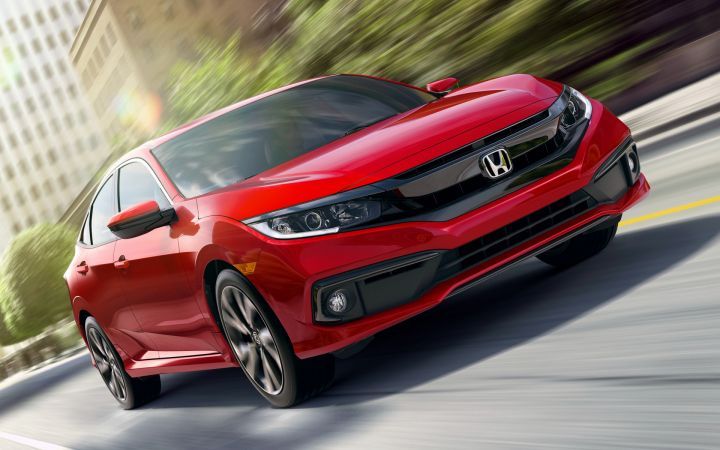 The Honda Civic has made its comeback in the Indian market after a six-year hiatus. While the Japanese carmaker has made us wait for so long, the fact that we are getting the same generation Civic as the one sold in international markets is a reason to rejoice. The new Civic, unveiled globally in August last year, is now in its 10th generation and we are getting the same car, but with a few major differences from the one sold in the US.

The 10th generation Civic, which will be launched in India soon, is both longer (by 111mm) and wider (by 49mm) than the eighth generation Civic that was retired in 2012. When pitched against the US-spec model, the 2019 Civic is longer by 25mm and is also taller by 17mm. Keeping Indian road conditions in mind, the engineers at Honda have also increased the car’s ground clearance by over 50mm in comparison to the one sold internationally. For India, the tenth generation Civic has been raised by 20mm at the front and 15m at the rear and given the previous Civic’s low ground clearance, it’s a welcome change. However, the US version is much wider (by 80mm) than the one that is set to be launched here.

Apart from a petrol engine, the India-spec Civic will be offered with a diesel motor for the first time ever. In contrast, the US-spec model comes only with a choice of two petrol motors. In India, the Civic gets the same 1.8-litre petrol engine from the eighth gen car. This engine makes 141PS, which - although adequate for the car this size - is not what we expected. As we learnt in our first drive review, the 1.8-litre petrol motor paired to the fuel-efficient CVT transmission is not exciting enough for the Civic. In contrast, the US model gets a bigger naturally-aspirated 2.0-litre petrol engine with the option of a CVT or a 6-speed manual (which is absent here), along with the bonkers turbo-charged 1.5-litre engine that churns out 205PS! Honda has traded performance for efficiency in India, with the Civic claiming 16.5kmpl here versus 14.08kmpl for the 2.0-litre and 13.5kmpl for the 1.5-litre variants in the US.

Features Galore: The new Civic comes loaded to the brim with premium features. In India, it gets features like an 8-speaker music system, a 7-inch colour MID, remote engine start (for cooling the car down on a hot day, presumably), lane-watch camera, multi-angle rearview camera, which make it well packaged. However, ambient lighting, a larger and sharper touchscreen, and a powered passenger seat have been given a miss and could have made the experience inside even more premium. It also gets 215/50 rubber wrapped on 17-inch dual-tone alloy wheels for a sporty look.

In contrast, the US-spec Civic takes it one step further and gets larger 18-inch machine-finished alloys with gloss black inserts and 235/40 rubber on the top variants. Like its Indian counterpart, the Civic gets a similar set of features in terms of instrumentation and infotainment. However, it also gets Honda’s satellite-linked navigation system with voice recognition and Honda HD Digital Traffic along with a 450-Watt premium audio system with 10 Speakers, including a subwoofer.

In comparison to the black and beige interiors on the Indian version, the Civic gets sportier, all-black upholstery in the US. The rest of the interior layout and design is standard for both the Indian and the US variants.

Honda has packed the India-spec Civic with a lot of safety features you would expect to see on a car in this segment. It gets height-adjustable seatbelts at the front, a three-point seatbelt for the middle passenger at the rear, ISOFIX seat mounts, electronic park brake and hill hold assist to bump up its safety quotient. Apart from these, it also gets Honda’s super useful Lane Watch assist that eliminates blind spots by sending a video feed to the infotainment screen from a camera mounted on the passenger side ORVM and six airbags as well.

The Civic in the US gets all of the above features along with additional active safety features like Honda Sensing. The Honda Sensing suite of driver aids includes autonomous emergency braking, forward collision warning, road departure mitigation with lane departure warning, lane keep assist, and adaptive cruise control. Honda will not offer these features in India due to restricted use of radar-based technologies here. Overall, the Civic is a pretty well equipped sedan when it comes to safety.

The Civic is priced between Rs 17.70 lakh and Rs 22.30 lakh in India, which is more expensive than the variants available in the US. Though it does miss out on the 1.5-litre motor available internationally, the Civic launched in India comes loaded from the base variant itself. The lack of a petrol-manual variant does add to the pricing of the Civic in India and with the option available abroad, we hope Honda introduces both the more powerful motor and the manual gearbox in the near future. As for this comparison, we hope we were able to give you a better perspective on what to expect from the Civic in India and what it really misses out on. For more comparisons and launch details about the upcoming Honda, stay tuned.