The Toyota Yaris is squarely aimed at the stalwarts of its segment like the Maruti Suzuki Ciaz, Honda City and the Hyundai Verna, how does it compare? 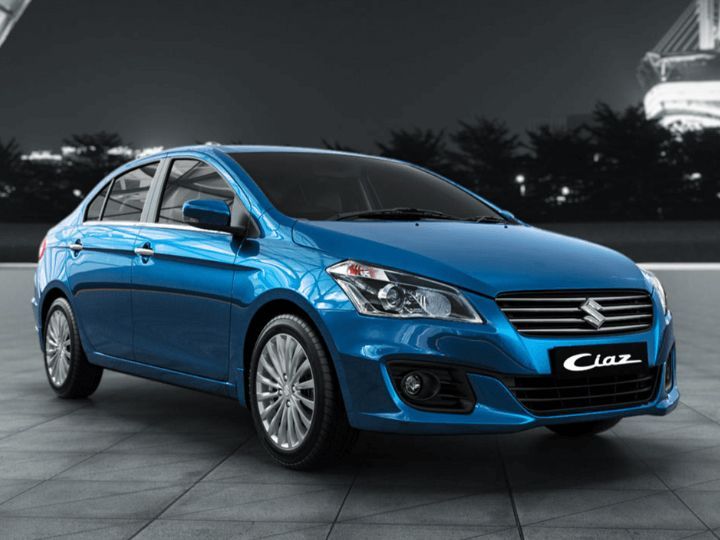 First, a clarification: We did not include the Maruti Suzuki Ciaz in this comparison as it is due a comprehensive update very soon. All the cars compared here are the top-of-the-line petrol automatic variants of the respective cars, it is important to note that the Yaris is only offered with a petrol engine in its lineup as of now.

While beauty is subjective, it is clear to see that the Honda City has the most balanced and the sportiest design among the three.

Even though it may be the oldest car here overall, the design update Honda gave it in 2017 has brought it to the forefront in terms of design. “LED Everything!” seems to have been the brief, the City is the only car in this comparison to get all-LED headlamps and all-LED taillamps. That low slung design also seems to not age at all, setting it apart from the competition.

If this comparison had the previous-gen Hyundai Verna, it may have had a close battle in the design category with the City. The new Verna, introduced in 2017, has been considerably toned down as compared to its ‘Fluidic’ predecessor. Some may like it some may not, but it is hard to find fault with the Verna’s new design. Projector headlamps, projector fog lamps, LED DRLs, 16-inch alloy wheels and a notchback-like design are the highlights of the Verna.

The Toyota Yaris wins the consolation price in the design competition. It tries too hard to look exciting but harks back to the era when the Japanese were known to design very quirky looking cars. If there is a mismatch between the front and rear design of the Yaris, it is because this is a hatchback with a boot attached to it.

Toyota has done well to hide the fact that the Yaris’ three-box design is based on a hatchback, it does not look out of proportion.

But you can’t help shake that feeling that two different set of designers worked on the front and rear of this car.

The bootlip spoilers on the City and the Verna give them a decidedly sporty look. The Yaris is just plain simple.

Compare the interior design too and both the Verna and City seem sportier, with the centre console clearly angled towards the driver. The interesting part is that these seemed to be better integrated too - The Yaris’ dashboard seems like it has been designed as an afterthought, especially the way the 7-inch touchscreen is integrated into the centre console.

If the touchscreen infotainment system was high on your priority list, the Verna would take a considerable step ahead as compared to the others. Not only does the Hyundai have the crispiest look, it also operates without any hiccups and gets both Android Auto and Apple CarPlay connectivity.

The Toyota Yaris’ screen is just plain disappointing. It takes a lot of time to load, does not connect via Bluetooth as fast as you would like, has connectivity issues and has that bad aftermarket kit feel to it.

This is surprising since many of the other features on the Yaris feel well thought out and executed. The full-colour MID in the instrument cluster is a good example.

The Yaris’ other headlining features include the segment-only powered 8-way adjustable driver seats.

Other features include 60:40 split folding rear seats, front parking sensors and the very important roof-mounted A/C vents. These are exclusive to the Yaris sold in India and provide much better air circulation than the floor mounted units found on the City and the Verna.

The Verna and City have some unique features up their sleeves too, like a sunroof which the Yaris misses out on.

The Hyundai Verna is the only car in the segment to offer cooled/ventilated front seats. They are quite effective in making you feel comfortable on a hot day, as we found out during our tests.

The Honda City wins the interior space battle hands down.

This is a testament to how cleverly Honda has managed space on the inside, even though it may not be biggest on the outside.

While the Verna is not bad in terms of interior space, a predominantly black interior theme and the cocooned feeling because of the sharply raked windowline and the low roofline thanks to that notchback design make it feel less spacious than it is.

The Yaris is not the most spacious on the inside, but it is the most comfortable for sure.

It’s the little things that combine to give you better interior experience. The acoustic glass and cabin insulation really isolate you from the environment, the other cars here don’t even come close to pampering you as much.

And then there is that engine refinement. The Toyota Yaris' 1.5-litre, 4-cylinder naturally aspirated engine has taken the goalposts set by the Honda City in terms of refinement and noise to the next level. It is so good that the City now feels gruff!

The Yaris is clearly not tuned for sporty driving, though it is offered with paddle-shifters behind the steering wheel. It excels both in terms of refinement and, very surprisingly, fuel-efficiency in general.

What is surprising here is how efficient the Verna is on the highway. In spite of using an old-school 6-speed automatic transmission, the Verna is more efficient as compared to new-age CVTs used by both the City and the Yaris. The taller gearing of the gearbox and the slightly larger engine capacity (1.6-litre, 4-cylinder) could have helped.

If you are mainly going to be chauffeur driven alone or have a 4-person family, the Toyota Yaris makes the most sense. But at Rs 14.07 lakh, you need to overlook some of the flash value that its competitors offer for much less cost.

The Honda City petrol AT is the most fun to drive here, would appeal to the driver in you. The added advantage of being the most spacious also means your family will not be left in the lurch. But for Rs 13.70 lakh, it misses out on that luxurious finesse that you expect from a car in this segment.

The Hyundai Verna is the winner here, just because it is the most sensible buy. Offering the best of all worlds for the most competitive price of Rs 12.56 lakh.