The base variant is quite different when compared with the Metro model, and here are the details

Royal Enfield has launched the Hunter 350 in India, prices starting at Rs 1,49,900. Click here to read our launch story. 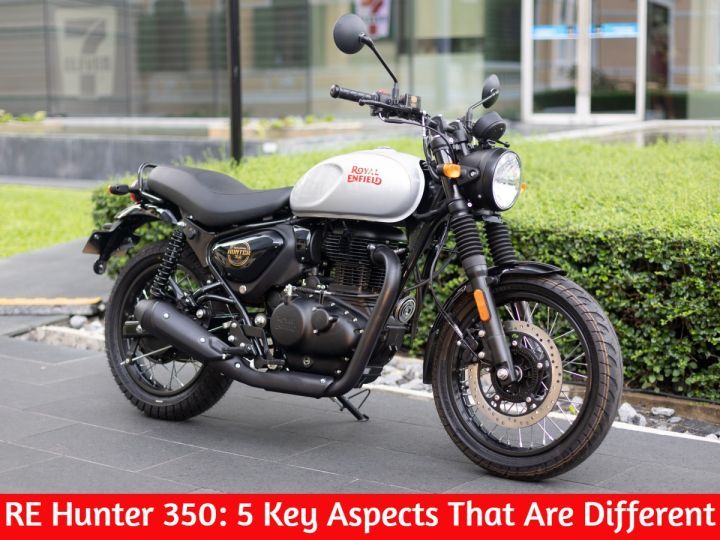 Almost all the details of the Royal Enfield Hunter 350 are out, and we know the bike will be available in three variants: Retro, Metro and Metro Rebel. The most affordable Retro variant comes with quite a few changes that set it apart from the other variants. Moreover, this variant is meant only for the Indian market, and take a look at all the differences in images:

The biggest difference in the Retro variant is the spoke wheels. These 17-inch units are of the same size as the alloy wheel equipped Metro and Metro Rebel variants but are shod with tubed tyres (Ceat Zoom Plus up front and Ceat Zoom X3 at the rear). They’re also slimmer than the tubeless ones, measuring 100/80 up front 120/80 at the rear.

Additionally, the base Retro variant also gets a 153mm rear drum brake along with a single-channel ABS to keep the costs in check.

The Rebel variant features a simple, contoured single-piece seat without the ribbing. As for the differences in the comfort levels, you’ll have to stay tuned to our review. Also, the tubular pillion grab rail looks a lot basic compared to the more premium-looking split ones in the other two variants.

Royal Enfield has equipped the Retro variant with an offset circular semi-digital instrument cluster. The design of the console is different compared to the ones used in the Royal Enfield Scram or the Royal Enfield Meteor 350. There’s no Tripper navigation pod either. Additionally, the bike comes with a conventional set of switchgear, similar to the previous-generation Royal Enfield Classic 350. They may not look as retro as the dial type units but are still functional enough.

Summing up, though the Retro variant has a few compromises, it still retains the same 349cc single-cylinder counterbalanced engine as the other models, making the same 20.2PS and 27Nm. So, in a way, the essence of the Hunter is still intact. 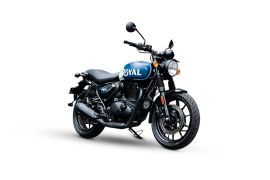