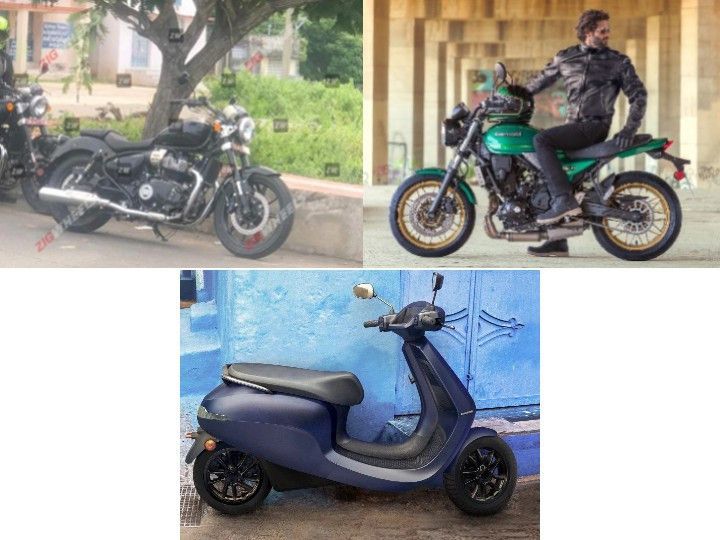 Diwali has just gone by but the new pieces are still cracking. In the past few days, we’ve witnessed a couple of launches, a couple of spy shots and more. Here’s the lowdown on all of it.

It’s out in the daylight that Royal Enfield is working on a couple of new models based on the 650cc platform. Now, the cruiser has been spotted testing again. It’ll be the most premium model from the manufacturer and we think it could very well get the Super Meteor 650 badge. Here are the latest visuals.

Spied testing a couple of times, the Kawasaki Z650RS has now been launched in India. It’s the new neo-retro offering from Kawasaki and uses the same motor and the underpinnings as its streetfighter cousin, the Z650, but costs a bit more. How much though? Also, it rivals the Triumph Trident 660, Honda CB650R and the rather affordable Royal Enfield Interceptor 650.

Limited to just 800 units, Ducati had unveiled a limited edition Scrambler Desert Sled earlier this year. Dubbed the Fasthouse edition, it’s now launched in India. Moreover, it doesn’t even cost a bomb over the standard model. Here are the full deets.

Ola electric is facing yet another hiccup with the booking dates for the S1 and S1 Pro. Earlier slated to go on sale on November 1, the electric scooter will now be available after more than a month’s time. Head here to know the new booking date.

The sporty Aprilia SR160 has been around for a while and a midlife update would certainly do it a lot of good. The updated model has been spotted at a dealer yard, hinting at an imminent launch of the 160cc Italian scooter. The visuals spill quite a few beans of all that’s new on the Aprilia SR160.