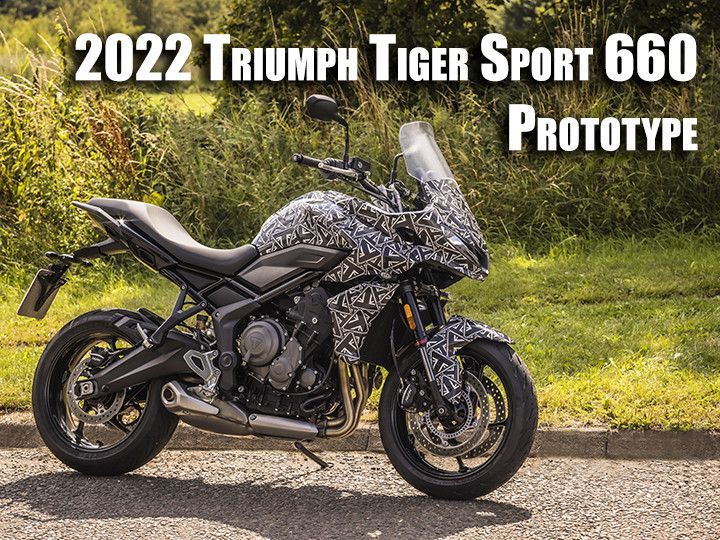 Triumph’s next bike to be built on the new 660cc engine platform is going to be the company’s most affordable ADV. It will be called the Tiger Sport 660, as the British marque has shared a couple of images of the bike’s final prototype model. The global launch is said to take place in the coming few months, which is usually when EICMA takes place. Hence, expect the bike to come to India in early 2022.

The aim of the 660cc engine platform was to make the brand more accessible to the facets of Triumph other than the retro models. Hence, it started with the Trident 660, a brilliant naked that riders stepping up from bikes like the KTM 390 Duke and the BMW G 310 R would really enjoy. This Tiger Sport 660 targets the tourers, specifically those who aren’t too keen on getting mud on their gear and prefer to stick to tarmac.

Think of it like the Trident 660 with a half-fairing. That’s a similar strategy that Honda employed with the CB200X but thankfully, Triumph has done some real engineering and, by the looks of it, fitted the Tiger Sport 660 with longer-travel suspension. Other mechanical elements, such as the frame, the wheels and braking hardware, have been lifted straight off the Trident 660.

Even though there’s quite a lot of camouflage, the design of the half-fairing looks quite impressive. It gets a split-headlight setup reminiscent of the old Triumph Daytona 675’s face and one could even see a bit of the Aprilia RS660 there. The fairing flows neatly into a possibly larger fuel tank. The Trident’s 14-litre fuel tank is enough for a naked. However, for added touring capabilities, the Tiger Sport 660 should be capable of carrying a few more litres of fuel.

Ergonomic tweaks on the Tiger Sport 660 are quite evident as well. The rider’s seat is longer and has an aggressive scoop, the handlebar is wider with tall bar risers in place, and even the footpegs are set neutrally. All of these changes will lead to a comfier and commanding riding posture.

While the tail design is unchanged, you do get a conventional number plate holder and not a swingarm mounted tyre-hugger type unit.

We expect Triumph to price the Tiger Sport 660 as aggressively as possible, though it’s unlikely to undercut the Kawasaki Versys 650. Hence, a Rs 8 lakh price tag would speak phenomenal value.