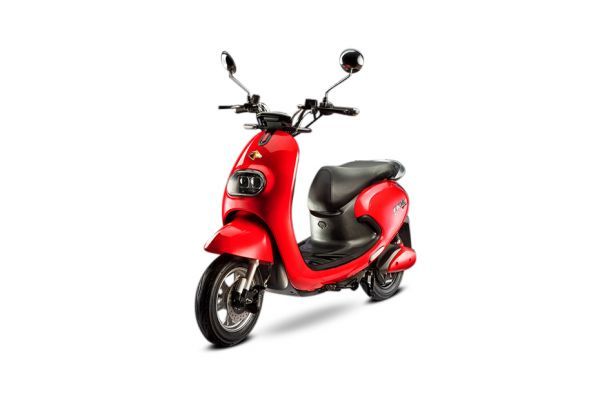 Evolet Polo Pony is an electric scooter launched at a base price of Rs. 39,499 in September 2019 by EVOLET in India. Polo Pony goes 60km in a single charge and takes 5 - 6 hours for a full charge.. Evolet Polo Pony comes with disc breaks in front and rear. Evolet Polo Pony has wheel size of 254 mm. It is available in 2 variants.

Evolet has launched a new electric scooter called the Polo Pony. It is a low-speed electric scooter that offers a top speed of 25kmph and a range of 55-60km. The Polo Pony features retro styling but has modern features like all-LED lighting, full-digital instrument console and mobile app connectivity. The scooter comes in two variants: EZ (VRLA battery) and Classic (Lithium-Ion battery). It is available in silver, midnight blue and lavender colours.

Suspension setup includes telescopic forks at front and twin shock absorbers at the back. Braking is via front and rear discs with E-ABS as standard. It get 10-inch tubeless tyres fitted on alloy wheels. The Evolet Polo Pony weighs 95kg, has a low seat height of 750mm and a ground clearance of 160mm.