Honda is about to make its entry into the compact SUV segment with the BR-V. Here’s a list of what it will compete against 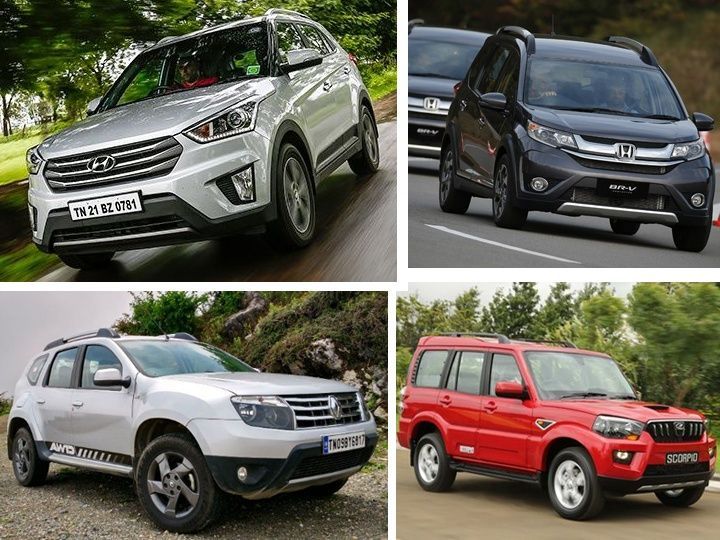 With the kind of sales compact SUVs have been brining in the past five year’s every manufacturer has been looking at brining an offering in this class. Reanult has the Duster, Nissan has the Terrano, Mahindra has the Scorpio and Ford has the EcoSport. So far, Honda hasn’t got a representative in this class of cars. That however is about to change with the introduction of the BR-V. In the Indian market, the BR-V will take the fight to the aforementioned cars.

While the Japanese giant hasn’t revealed the exact power and torque figures of the BR-V as yet, we expect it to be the same as the City and the Mobilio. The diesel unit will make 100PS and 200Nm while the petrol trim is expected to produce 119PS and 145Nm.

Hyundai took the compact SUV segment by a storm with the launch of the Creta earlier this year. One of the biggest advantages for the Korean car maker is that the car is offered with a range of engine options. In petrol, the Creta gets the same 1.6-litre unit that we have already seen on the Verna. It makes 123PS of peak power and 151Nm of max torque. In diesel, Hyundai has two engine options for the Creta – a 1.4-litre mill mated to a 5-speed manual transmission and a 1.6-litre unit married to a 6-speed manual and a automatic gearbox option. The Creta makes 90PS and 220Nm from the 1.4-litre mill while from the 1.6-litre unit it churns out 128PS and 26Nm. Hyundai doesn’t offer an AWD option in the Creta.

Like all other cars in this class, Renault too offers the Duster in petrol as well as diesel engine variants. The Duster gets a 1.6-litre 4-pot unit that makes 104PS and 148Nm. This engine comes mated to a 5-speed manual transmission. However, it must be noted that Renault offers the petrol Duster in only lower two variants. That however isn’t the case with the hot selling diesel. In diesel form, the Duster gets a 1.5-litre mill and is offered in two states of tune – 85PS/200Nm and 110PS/245Nm. The 85PS variant comes mated to a 5-speed manual transmission while the more powerful 110PS version comes with a 6-speed gearbox. Although the Duster currently doesn’t have an automatic gearbox option, Renault might just bring it in the facelifted version that is expected to be launched soon too. Renault also has an AWD variant of the Duster on sale.

PS: With the alliance between Renault and Nissan, the Terrano too comes with the same engine specifications however it doesn’t get an AWD option.

The Mahindra Scorpio is on sale just with a diesel engine option. It comes with a 2.5-litre engine that makes 76PS and 200Nm. The Scorpio is also on sale with a 2.2-litre diesel unit that produces 122PS and 280Nm. Both these engine comes mated to a 5-speed manual transmission. Just like Hyundai, Mahindra too offers the Scorpio in an automatic gearbox variant. The Scorpio also has the 4WD option.