How much of a game-changer is India’s first BS6-compliant scooter? 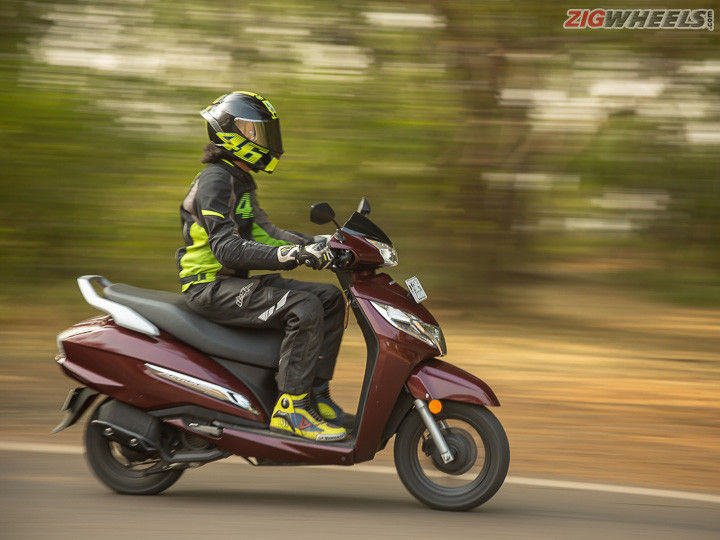 One of the most fascinating elements of the auto industry is the ever-changing dynamic between lawmakers and manufacturers, and the products that are spawned as a result. Rules and legislation have often forced manufacturers to push the boundaries when it comes to engineering, and create some fantastic vehicles in the process. KTM’s RC 390 pushed the A2 licensing class to its absolute limits to give us the most exciting small-capacity sportsbike we’d seen in a long time, and WSBK regulations have forced Ducati to build a ludicrous 999cc, 220PS 'R' version of its Panigale V4. Closer to home, BS6 emission norms are all set to take effect on April 1, 2020, and this has compelled Honda to radically redesign the engine on its Activa 125. The result is India’s first BS6-compliant scooter -- one that feels rather different to its predecessor.

Let’s kick things off with the heart of the matter - the new BS6-compliant 124cc motor. This isn’t just a BS4 motor that has been brought up to date, it’s an entirely new, future-proof engine developed from the ground up by Honda, and it shows. To help it meet the upcoming regulations, Honda has equipped the motor with fuel-injection as well as a stop-start system. The latter has been made possible by the inclusion of an ACG (Alternating Current Generator) starting system - there is no dedicated, noisy starter motor anymore; it has been integrated into the alternator unit, and the result is a whisper silent, completely vibe-free and instant startup. Twist the throttle with the engine turned off, and it comes to life almost immediately, allowing you to set off at the exact same time as every other red-light racer alongside.

Once you’re on the move, though, some of the motor’s shortcomings begin to make their presence felt. The most glaringly apparent, is the complete absence of any serious grunt -- the engine feels rather gutless, and acceleration from all speeds is quite sluggish. The 125’s 8.29PS power output is a mere 0.32PS higher than the BS4-compliant 110cc Activa 5G, meaning that this scooter feels positively glacial compared to some of the others in its segment. Throttle response is also rather dull and the engine is slow to react to your inputs. Where it does redeem itself, though, is refinement. In true Honda fashion, this motor is butter smooth and completely vibe-free at all speeds, resulting in a very relaxed and relaxing motoring experience. The silent start feature, along with the seamless stop-start system and excellent levels of refinement help this Honda feel like not only a premium product, but also a scooter that is a generation ahead of the current crop.

Another area where the Activa’s premiumness shines through is build quality. This scooter feels diligently put together and fit-and-finish levels are class-leading -- the switchgear operates in a plush, damped manner that is unprecedented in this segment, panel gaps are tight and consistent, paint quality is superb and we heard absolutely no squeaks or rattles during our time with the Honda. The Activa also has a reasonably well-populated arsenal of features. Its LED headlight and DRLs are a segment-first and quite impressive to look at, but unfortunately, it isn’t quite as bright as we’d like.

We also wish Honda had thrown in a fully digital instrument cluster with Bluetooth connectivity, but that being said, the digi-analogue unit on the Activa does display more relevant and useful information than some of its competitors. The instantaneous and average fuel economy stats are rather handy and the distance-to-empty readout eliminates the guesstimation that we all have to do with our scooters’ fuel gauges.

Speaking of fuel gauges, the one on the Honda will fall roughly as quickly as those on its competitors, with fuel efficiency figures standing at 52.63kmpl in the city and 51.23kmpl on the highway. While this isn’t quite the jump in efficiency we were hoping for, perhaps the engine could stretch a litre of fuel further once the fuel in question is BS6-rated. Another glaring oversight is the absence of a DC charging port as standard fitment, a feature which is now something of a prerequisite in this segment, what with everyone’s increasingly hectic daily schedules.

Once you’re done fiddling with the features and finally climb aboard, you’re greeted by a soft, spacious seat and a relaxed, comfortable riding position. However, slightly low handlebars can foul with your knees when the steering is at full lock, and the seating position isn’t quite as upright as something like a Suzuki Access. Sinking into the soft seat is quite comfortable over short distances but those of you with longer commutes will have a sore backside by the end of it. Pillion comfort is superb, with ample room on offer both on the seat-base as well as for your legs, with low and forward-set pillion footpegs. Once again, the only drawback is the soft seat over longer durations of time.

Storage space on the floorboard and under the seat is quite healthy, and Honda has thrown in a front glovebox as well, which is an extremely convenient and easily accessible location to store your mobile phone or other little knick-knacks. This glovebox also features rubber beading, which should make it reasonably weatherproof and help keep your belongings warm and dry.

A smooth engine and comfortable seating make the Activa a competent city scooter, and this is further helped by the way it rides. With a lightweight 52kg solo rider like me on board, the Activa’s suspension setup feels plush and comfortable, steamrolling over most road imperfections with ease. Sharp edges are filtered out well by the telescopic fork/monoshock setup and the rider is well isolated from the road surface. However, with a heavier rider on board or when travelling two-up, the Activa’s soft setup fails to contain secondary motion satisfactorily and the scooter can end up feeling a bit wallowy over large undulations. This compromises the feeling of control over the vehicle and can be quite unnerving at times.

Scooters don’t really have corner-carving intentions or aspirations, but the Activa is a light steering and quick-handling scooter. Unfortunately, the lack of suspension stiffness means that the Honda can feel a bit vague and imprecise when going through corners. The Activa’s CBS-equipped Nissin braking setup is capable and feels relatively sharp. This is the among the quickest stopping 125cc scooters we’ve tested, but we did hear a disturbingly harsh rubbing sound from the front disc when braking hard, especially after riding through excessively dusty areas.

Once you do finally come to a stop, you can get off and take a look at the scooter, which is something I found myself doing quite a lot during my time with it. Scooters may be unromantic, utilitarian vehicles, but boy does this one look special. You’ll see those LED lights in your mirrors from a mile away and the Activa has quite an attractive fascia.

Chrome has been used tastefully on the front apron and side panels, and this combined with the silver on the rear grab rail, pillion footpegs and fork legs goes a long way in breaking up what could have been an otherwise monotonous design. The black wheels, exhaust system and front screen add another element of contrast, and the Activa is a handsome looking scooter overall. My only bugbear is the tail lamp, which looks disproportionately large and rather unattractive.

There’s no doubt that the new Honda Activa 125 has moved the goalposts when it comes to 125cc scooters in India. A hallmark feature of this segment is premiumness, and the new Activa redefines just how well built and refined a scooter can be. These levels of smoothness, quality and finish are previously unseen in Indian scooters but all this has come at a price. You see, all the new tech on the engine has driven up costs considerably and this BS6 Activa 125 costs a mammoth Rs 74,490 (disc brake variant, ex-showroom Delhi). At this price point, it’s impossible to overlook the massive shortcoming in terms of engine performance, especially when better-performing scooters like the Access are more than Rs 10,000 cheaper. Even the much sportier, Bluetooth-equipped TVS Ntorq 125 Race Edition is Rs 11,000 more affordable! However, we must remember that this new Activa is well ahead of its time, and it’s a bit unfair to compare it to today’s BS4-compliant scooters. The true measure of just how good this scooter is will only be obtained next year, once other manufacturers update their 125cc scooters to meet the new emission norms.