The motorcycle is likely to be launched during the festive season 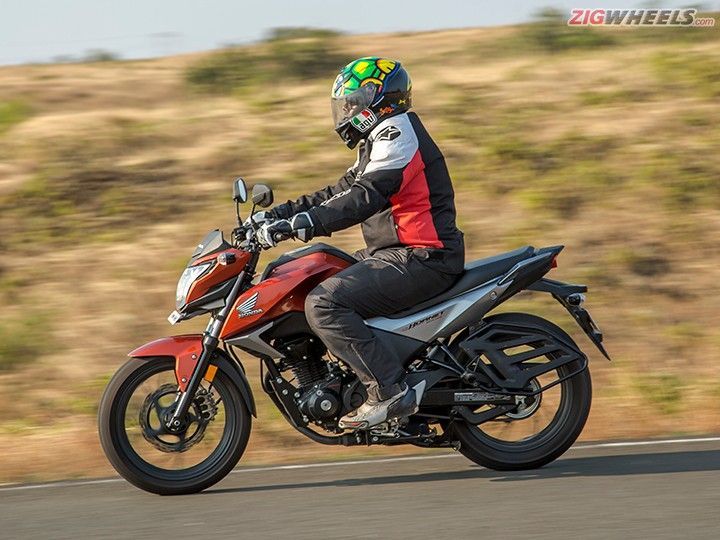 At the launch of the Activa 6G, we got a hunch that Honda is working on a bigger Hornet. Likely to be a 200cc naked, the motorcycle is expected to be launched during this year’s festive season. Honda could price the CB Hornet 200R at around Rs 1.3 lakh (ex-showroom), making it about Rs 35,000 dearer than the top-of-the-line DLX variant of the CB Hornet 160R.

The all-new motor is likely to be developed from scratch specifically for the Indian market. Expect the motor to either be an air-cooled unit or one with an oil cooler. It is unlikely to be a liquid-cooled unit as that could push its price further up. The BS6-compliant powerplant is expected to offer similar power and torque output as the TVS Apache RTR 200 4V, which generates 20.5PS and 16.8Nm in its BS6 guise. That said, it is likely that Honda will offer a proper 6-speed transmission so that the bike is capable of doing highway speeds without straining the engine too much.

The upcoming motorcycle could get a fatter front fork than the Honda CB Hornet 160R, and a monoshock at the rear. It could also get a radial rear tyre for better handling. The brakes are expected to be petal disc on both ends with dual-channel ABS as standard.

In terms of design, the Hornet 160R’s genes are expected to be pretty evident. However, this motorcycle will definitely look more muscular than its smaller sibling. Expect beefier tank extensions, and perhaps a split seat setup for a slightly sportier stance. As far as the feature list is concerned, it will probably get LED headlamp and tail lamp, an all-digital instrument cluster with range, realtime and average fuel efficiency indicator, and an ACG starter for silent start-ups.

The BS6 emission norms are pushing the baseline prices of all the motorcycles in the country, and the price of a 160cc naked is getting closer to a 200cc motorcycle. So it makes sound business sense for Honda to tap into this segment which has been witnessing quite some action in the recent past. With the upcoming CB Hornet 200R, Honda will be able to offer prospective customers something new and sporty but is reasonably affordable as well. When launched, it will compete against the TVS Apache RTR 200 4V and Bajaj Pulsar NS200.