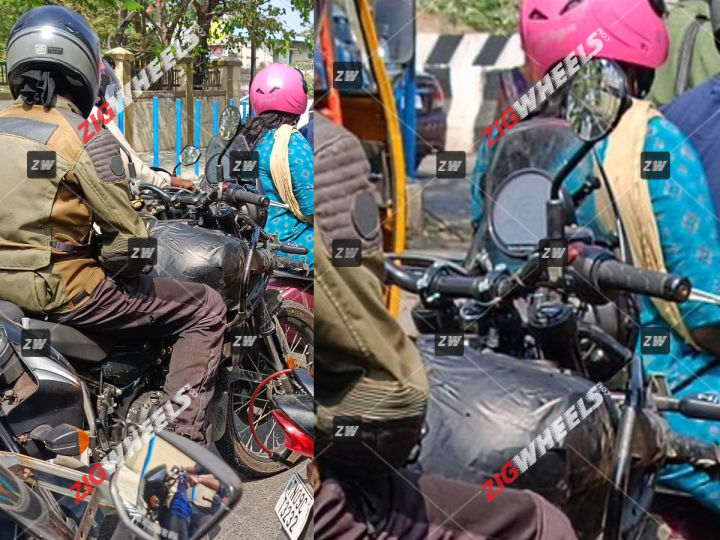 It’s no secret that there’s a Royal Enfield Himalayan 450 LC in the making, as we have spied test mules of this bike many times. Heck, even Siddhratha Lal, Managing Director of Royal Enfield, himself teased this upcoming bike on his social media handle.

While we have a good idea of this bike’s imposing presence, and a brief insight into its design, here’s something new that we have spotted on the Royal Enfield Himalayan 450 LC: a swanky new instrument console!

Yes, from the looks of it, the Himalayan 450 LC is not going to get the same console as the current Himalayan, or even the units seen on its 350cc or 650cc siblings. This upcoming Royal Enfield bike is all set to get a completely new instrument console, which looks to be a large, round, fully-digital LCD display. While it looks properly retro, it also appears to be angled to offer complete visibility even if the rider straddles on the bike.

While we know that the Himalayan 450 LC will be underpinned by an upside down fork, the spy images reveal them to be Showa units. That said, we do not see it to be a preload-adjustable unit; however, as the bike is currently on testing, don’t rule out the possibility of the production unit having adjustable USDs.

We expect the Royal Enfield Himalayan 450 LC to be launched in mid 2023 with a price tag of Rs 2.80 lakh, ex-showroom Delhi. Once launched, it will rival the likes of the KTM 390 Adventure and the upcoming Hero XPulse 400. While this is an exciting motorcycle to look forward to, here’s our advice to Royal Enfield on getting it right.