Triumph Tiger 800 XCa vs XCx: What More Do You Get?

Cosmetic changes and better protection make the XCa a more premium proposition. But do you really need it? 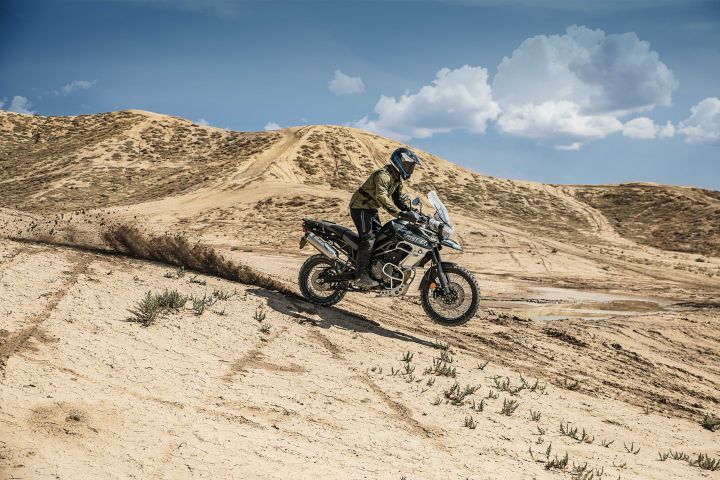 We were certain that Triumph was going to bring another variant of the Tiger 800 and we were glad that it was the most hardcore one in the series - the Tiger 800 XCa. It was launched yesterday at Rs 15.16 lakh (ex-showroom India), which is a fair bit of premium over the XCx, which was the only off-road biased variant available in India until now. So what are you getting for the extra Rs 1.13 lakh?

1. LED lighting
The standout visual feature that separates the current-gen Tiger from its predecessor is the addition of the LED lighting. But we didn’t get the whole LED illumination package with the models that were first launched in India. With the XCa, the distinct LED look makes its India debut, lending the Tiger a sinister look. Plus, you get auxiliary LED lamps for better illumination.

2. Heated seat
For those who often venture out into the Himalayas, the heated grips on the XCx came in extremely handy (no pun intended). And now, with the XCa, you also get the benefit of heated seats. With this added feature, you would have a better control on the bike, thanks to a reasonable body temperature in harsh conditions.

3. Centre stand
While this is not a basic necessity, it is more of a functional upgrade. It is a really useful piece of equipment while repairing punctures or hoisting the motorcycle in times of need, out in the wild. Sure it will add a bit of weight, but the trade-off is usually welcome.

4. Backlit switches and different screen layouts
Now this is a party trick, but a good one to have nonetheless. Backlit switches are not going to enhance the performance of the Tiger one bit, but it certainly lends a premium touch. Plus with the addition of different layouts for the colour TFT display is nothing new. We saw it already on the Street Triple RS with each one of us finding one that suited our taste better than the other.

5. One extra rider mode
Finally a functional update as the Tiger 800 XCa gets an additional ‘Rider’ mode. In this mode, the rider can adjust the various parameters, such as traction control, engine mapping and ABS intervention, to his liking. For example, it can be set with mapping set to Road, traction control tuned for minimal intervention and ABS fully on.

Sure, the Tiger 800 XCa gets a host of additional kit over the XCx, but do these justify the added price? Given that it is not going to benefit greatly in the way one rides the Tiger, the XCx seems to be a better bet. But if you want your ride to stand out a bit from the rest of the pack, the XCa would be the one to go for.