Triumph To Bring In Hotter Tiger 900 Models On December 3 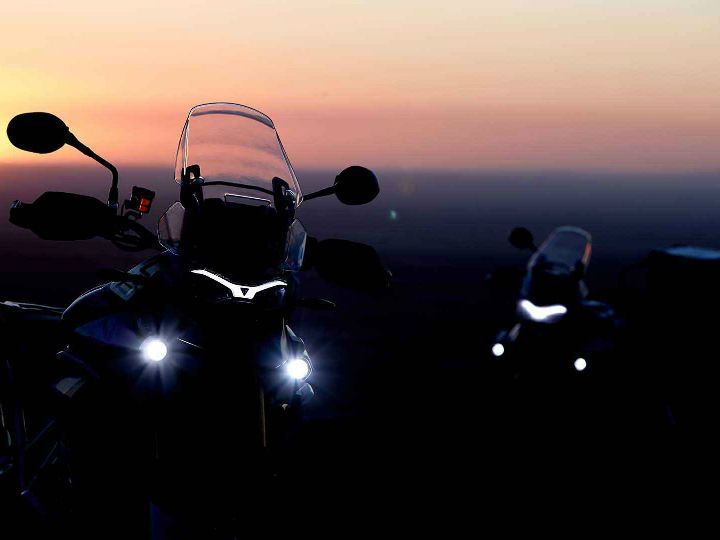 Triumph has revealed a teaser video indicating the arrival of the new Tiger 900 Rally and GT. The British bikemaker will unveil the motorcycle worldwide on December 3 and it is expected to follow it up with an India launch in mid-2020. Initially, there will be an off-road focussed Tiger 900 Rally and a touring focussed Tiger 900 GT. The two new models are expected to sit alongside the current Tiger 800 lineup and eventually replace it with more variants.

Earlier this year, clear images of the new Tiger 900 surfaced online and they show a leaner and meaner silhouette. It gets a completely new and minimalistic bodywork with slimmer headlamps. Even the fuel tank and tail section looks slimmer and far less bulky than the current Tiger 800.

The new motorcycle gets a new bolt-on subframe which should be easy to service and more affordable to replace in the event of a crash. Other updates include a new swingarm and laced wheels which can accommodate tubeless tyres.

Expect the 900cc motor to carry the same in-line triple configuration as the Tiger 800 models.  While the current 800cc model delivers 95PS and 79Nm, given the extra displacement expect the new motor to offer around 110PS of power. This hike in power should help the Tiger 900 take the fight up to the more powerful Ducati Multistrada 950. Being an all-new motor, we expect it to be Euro-5 compliant as well. With the extra power, Triumph is most likely to equip the Tiger 900 models with IMU-based cornering traction control and cornering ABS.