Besides the BS6 motor, the new Apache RTR 200 4V is a lot different than its BS4 iteration. We explain the differences via images 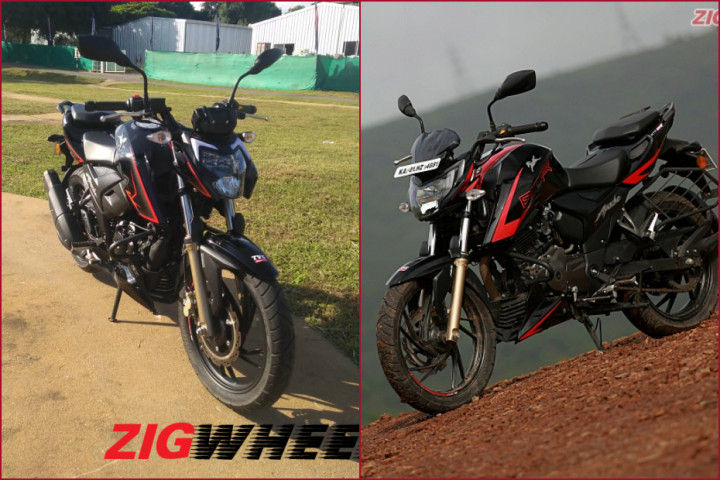 TVS launched the BS6 version of the Apache RTR 200 4V along with the BS6 Apache RTR 160 4V. The RTR 200, besides an updated BS6 motor, gets a host of updates over its BS4 variant. Here are the important differences between the two.

The BS6 Apache RTR 200 4V gets a new headlamp setup with a larger than before lens area. Instead of the halogen setup, it is now LED lit.

While they might not look much different than before, the rearview mirrors are now larger and sleeker.

The new graphics are minimalistic and look more like pinstripes.

It gets new coded keys programmed to respond to a single motorcycle. These are much safer than regular keys as they are difficult to duplicate.

Gets one touch start:

The BS6 Apache RTR 200 now requires just a single dab on the starter for the engine to come to life.

This feature helps in slow moving traffic condition where the motor maintains optimum rpm levels to prevent it from stalling.

The updated fuel-injected motor makes the same power as its BS4 iteration but the new 16.8Nm torque output has dropped by 1.3Nm over the BS4 model.