It will be launched in global markets later this year 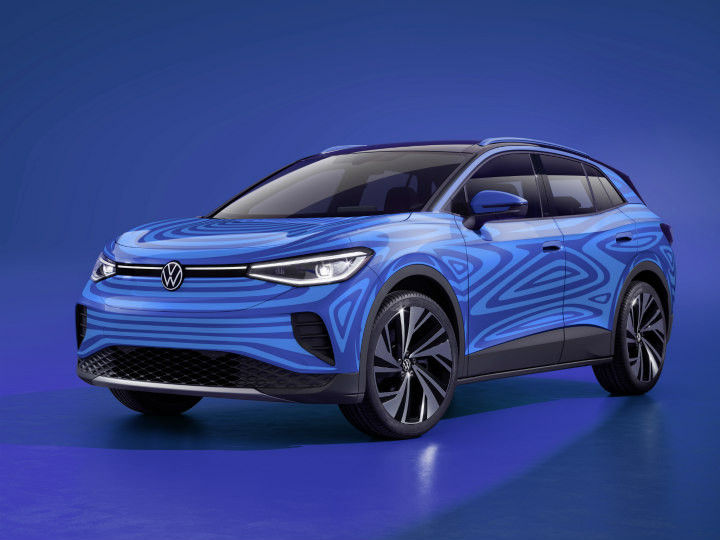 Last year, Volkswagen commenced its all-electric ID range with the ID.3 hatchback at the Frankfurt Motor Show. Alongside that, the carmaker silently teased its next model in the ID range, the ID.4 crossover EV. Now, the carmaker has revealed more details on the upcoming model and showcased the crossover EV in a new camo livery.

It is based on the ID Crozz concept which made a presence at Auto Expo 2020 in India. It will be built on VW’s MEB (Modular Electrification Toolkit) platform that will also be the foundation for future Volkswagen EVs. Aside from the new blue camo livery, the ID.4 resembles the concept, with design highlights such as a sloping  roofline, illuminated VW logo and connected headlamps and taillamps.

Volkswagen has yet to reveal what’s inside the ID.4, but it has confirmed that it will feature a fully digital cockpit operated by touch sensitive sensors and voice recognition. We also expect it to borrow some equipment from the ID.3 hatchback like augmented reality (AR), a head-up display, and a touchscreen infotainment system with Android Auto and Apple CarPlay.

Volkswagen is yet to disclose what's under the hood of the ID.4. However Volkswagen has revealed that the ID.4 will initially debut with rear-wheel drive powertrain at launch. It could make the same figures of 204PS and 310Nm as the ID.3 hatchback. The carmaker will also introduce an all-wheel drive powertrain in the future. Specs aren’t revealed yet, but it could have a combined output of 306PS/320Nm like the ID Crozz it is based on.  The carmaker has also revealed that the crossover EV will come with a variety of range options up to 500km.

The Volkswagen ID.4 will go on sale later this year in Europe, China and USA. While there is  no word on whether the ID.4 will make it to India, we expect the crossover EV to reach Indian shores sometime next year. Once launched in India, expect the ID.4 to take on other EVs such as the Hyundai Kona Electric and the MG ZS EV.