It previews the design and technology of the ID.4 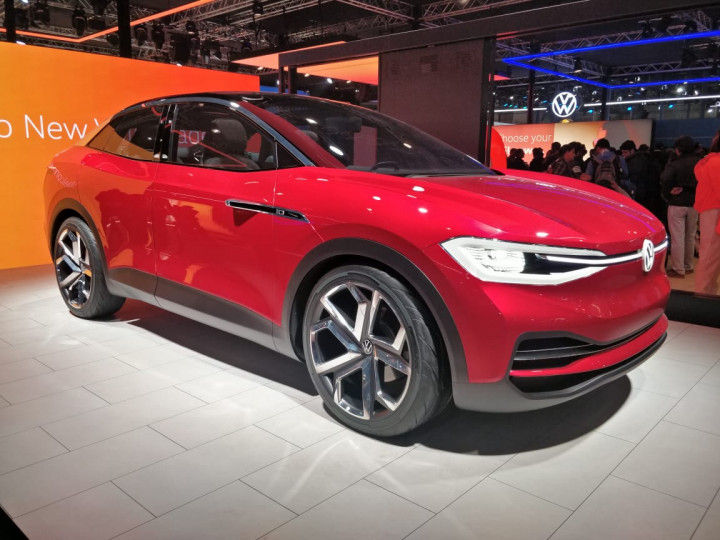 Volkswagen India has showcased the ID.Crozz concept SUV at Auto Expo 2020. It previews the design and technology of the upcoming ID.4, VW’s second model in the ID electric vehicle range.

The ID.Crozz is essentially an SUV-coupe - a cross between SUV and coupe. It has plenty of styling elements that can be seen in the all-electric ID.3 hatchback. For instance, the connected front headlamps and the illuminated VW logo looks reminiscent of the ID.3. The muscular bonnet with its sharp contours makes the ID.Crozz look butch. Its roof is also finished in gloss black, giving it a contrasting effect.

The ID.Crozz’s profile comes with a sloping roofline, which flows cleanly to the raked tailgate. Further, the sharp lines, creases and flared wheel arches add character. At the rear, the ID.Crozz comes with connected tail lamps and an illuminated Volkswagen logo.

Inside, the ID.Crozz’ interiors have been redeveloped as an ‘Open Space’ for a vast amount of space. The B-pillars have been given a miss due to the large swinging and sliding doors. In fact, VW claims that you could transport a cross bike here without any problem.

Volkswagen also claims that you’ll be breathing clean air in the ID.Crozz thanks to the CleanAir system. There is also a new voice assistant capable of opening and closing doors. You can even deactivate the auto pilot system via voice commands!

The ID.Crozz is powered by twin electric motors that sit on either axles and come with VW’s 4MOTION all-wheel drive tech. They develop a combined output of 306PS/320Nm and are capable of propelling the ID Crozz to a claimed top speed of 180kmph. Depending on grip conditions, power will be transferred to the front or rear wheels via an 'electric propshaft.’ The ID.Crozz can do 500km on a single charge (NEDC claimed).

The production-spec ID.4 will be unveiled later in the year. Considering VW’s showcase of the ID.Crozz in India, could the ID.4 come here at a later date? We’ll have to wait and watch.