The ID.4 Will Be VW’s Next All-electric Crossover 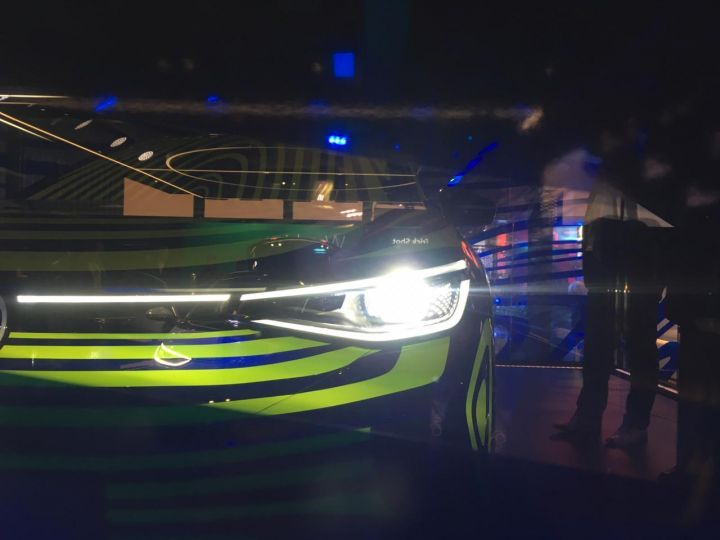 Volkswagen has kicked off its all-electric charge with its new branding as well as the unveiling of the ID.3 EV hatchback at the ongoing 2019 Frankfurt Motor Show. And now the German carmaker has given us a sneak peak into its next model in the ID range. The new model, called the ID.4, was spotted in a camouflaged avatar on display at Volkswagen’s stall at Frankfurt.

First impressions of the upcoming prototype reveal that it resembles the ID Crozz concept that was earlier spied testing on public roads. Thus, we can say that it will be an EV crossover based off the concept. While details and pictures of the interiors are yet to be revealed, we expect the ID.4 to be as tech laden as the ID.3. Some expected features could include AR (Augmented Reality) head-up display, touchscreen infotainment system with Apple CarPlay and Android Auto as well as ambient lighting and a panoramic glass roof.

Coming to the battery capacity, we expect the ID.4 to get a range upto 500km via a large battery pack and fast-charging capabilities from the ID.3 that helps give the hatchback a range of upto 290km in just 30 minutes.

Further information on the ID.4 is scarce right now as the limelight is on the debut of Volkswagen’s new electric era as well as the debut of the ID.3 EV hatchback at the 2019 Frankfurt Motor Show. While we are yet to get any details about the reveal of the ID.4 EV crossover, we could expect it to make its debut by early 2020, with a launch later in the year. There is no word yet on whether it will make it into India anytime soon. But with rivals like Hyundai and MG already offering their own crossover EVs in India, VW could have enough incentive to do the same.