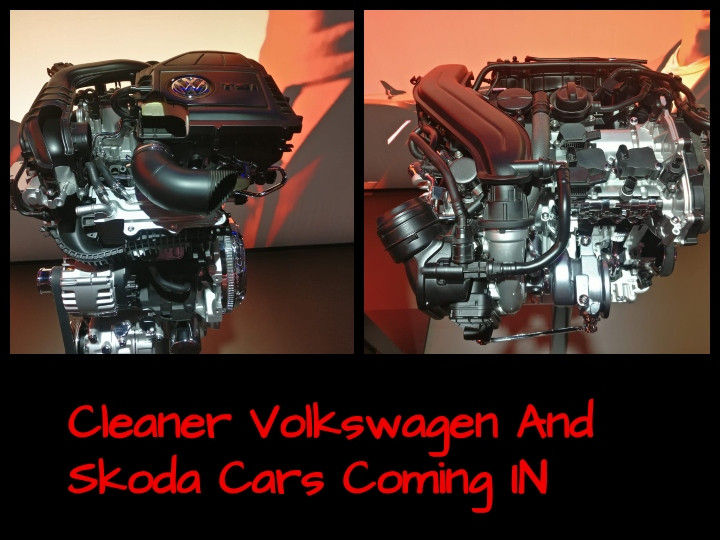 Volkswagen India has revealed the BS6-compliant 1.0-litre TSI and 1.5-litre TSI EVO petrol engines at Auto Expo 2020. Both motors will be found under upcoming Volkswagen cars and will replace a host of BS4 engines found in the existing lineup. Let’s have a closer look, shall we?

The 1.0-litre turbo-charged petrol engine will be found under the hood of models like the Polo GT TSI, Vento, Rapid and the upcoming Vision IN, Taigun. It’s a 3-cylinder motor and develops a healthy 115PS of power and 200Nm of torque. It’s offered with a 6-speed manual and a 7-speed DSG.

While the 1.0-litre TSI motor is a welcome addition, it replaces the brilliant 110PS 1.5-litre TDI (diesel) and 105PS 1.6-litre MPI (petrol) engines. Both engines won’t be upgraded to meet BS6 emission norms and will eventually be phased out.

Volkswagen’s 1.5-litre TSI EVO is a brand new engine which promises to be high on fuel efficiency. Thanks to cylinder deactivation technology, the engine shuts off the second and third cylinder for additional fuel economy depending on the load. The 1.5-litre TSI EVO puts out 130PS of power and 200Nm of torque. Volkswagen is yet to reveal the exact models which will utilise this engine. We expect it to be present in the upcoming Volkswagen Taigun and Skoda Vision IN.

Bigger models like the Skoda Karoq and Volkswagen T-ROC will come with the regular 1.5-litre TSI engine. This motor puts out a healthy 150PS of power and 250Nm of torque. We also expect this engine to power the upcoming 2020 Skoda Octavia. Meanwhile, the 1.5-litre TSI engine is the replacement motor for the 150PS 1.4-litre TSI engine that’s found under the hood of the existing Octavia.

Skoda Auto Volkswagen India will be betting high on petrol motors in the BS6 era as it won’t be upgrading its diesel engines to meet BS6 norms. The Group has some serious plans under its India 2.0 strategy and even showcased its upcoming models at the Group Night event recently.