The special-edition Apache costs Rs 1,000 more than the standard variant 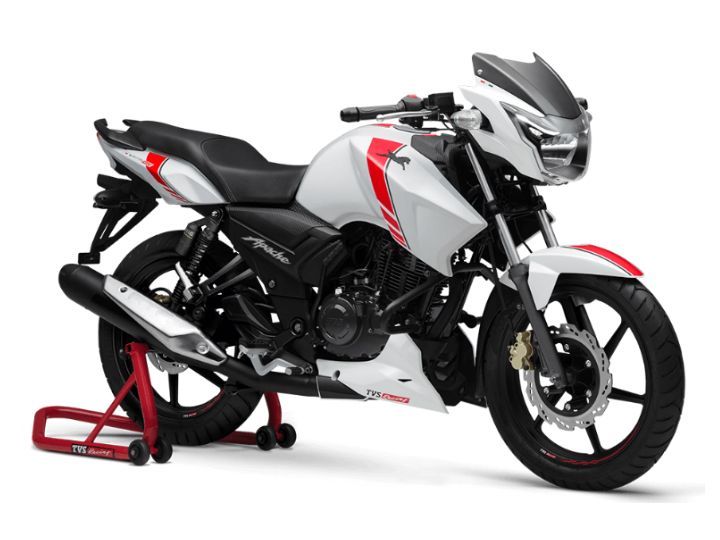 Hosur-based two-wheeler manufacturer, TVS, has launched a new variant of the Apache RTR 160 called the ‘Race Edition’. But hold your horses! This is just a cosmetic update with no changes to the performance on offer. The TVS Apache RTR 160 Race Edition (quite a mouthful, isn’t it?) is priced at Rs 79,715 for the base model with a front disc brake while the top-spec variant with disc brakes on either ends costs Rs 82,044 (all prices, ex-showroom Delhi), which is a hike of Rs 1,000 over the standard model.

The special edition motorcycle is based on the previous generation of the Apache and not the 160 4V that was launched recently. It comes with a white paint scheme with red stripes and a new 3D logo on the fuel tank bridge as seen on the flagship Apache RR 310.

The Race Edition is powered by a 159.7cc, single-cylinder engine capable of producing 15.3PS of power and 13Nm of torque. The air-cooled engine is mated to a 5-speed gearbox. Like the regular bike, the Race Edition packs telescopic forks at the front and dual shock absorbers at the rear. The base model of the bike is brought to a halt by a 270mm petal disc at the front and a 130mm rear drum. The top-spec variant gets a 200mm rear disc as standard, which is offered as an optional accessory on the base model.