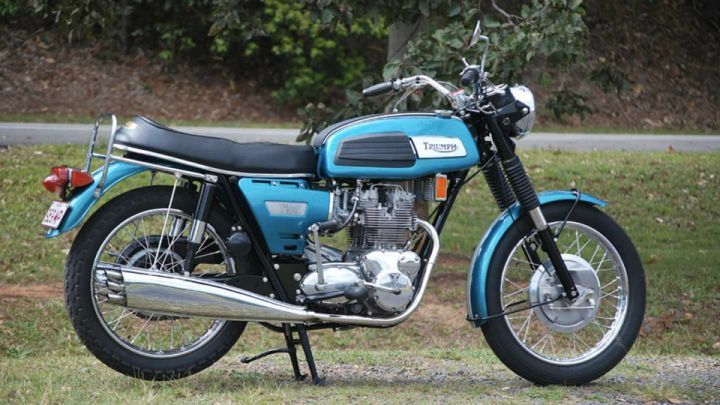 In 1969, Honda launched the world's first superbike, the CB750. Back then, even the fastest bikes in Grand Prix racing had 500cc engines. The CB750, on the other hand, was a road-legal motorcycle was powered by a 736cc motor! However, it was Triumph who had a prototype ready nearly four years before the CB750 was launched. Due to delays in production, and a redesigning exercise, it is the Honda that holds the coveted title.

That said, the Trident too was a force to be reckoned with. It was powered by a 740cc, air-cooled engine, which produced 58PS of power. It’s reported to hit a top speed of nearly 190kmph, which is phenomenal considering it’s the early 70s we’re talking about. Its innings was short-lived, sadly. Financial issues at BSA forced the bike out of production by 1974. The name also briefly made a comeback in the 90s with the 750 and 900cc triples, before being put to rest.

Now though, Triumph has decided to revive the name, and it isn’t what you think it is. As per the reports, Triumph has filed a new trademark for the ‘Trident’ name. The British brand has gone a step further and reserved the name for all possible classes, including motorcycling gear, accessories and a clothing range. What’s interesting to note is that Triumph has also earmarked the name for a range of electric bikes. Rumours suggest that the manufacturer is likely to use the Trident sub-brand for their e-bikes.

For now, it’s still unclear whether Triumph will choose to go the neo-retro route and retain the charm of the original Trident, or give it an all-new design. This is still a developing story, so stay tuned to ZigWheels for more updates.