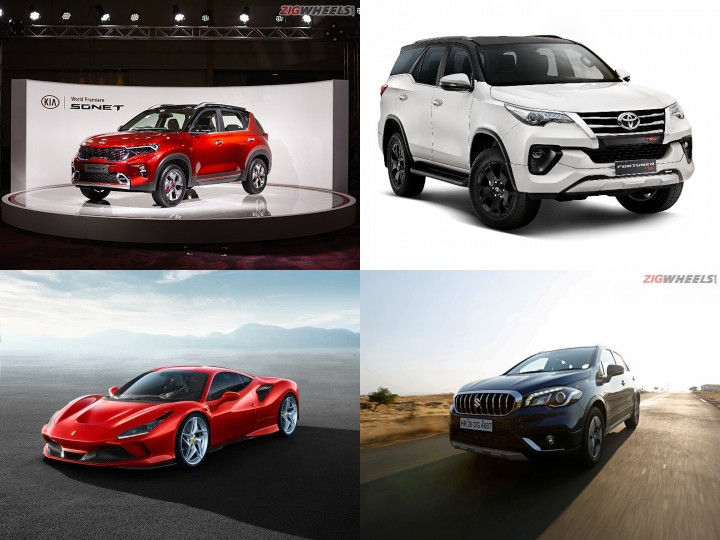 The last seven days have been quite action packed for the Indian auto industry. We saw Kia debut the Sonet sub-4m SUV in India, followed by Maruti bringing the petrol-powered S-Cross to showrooms. Toyota has given the Fortuner a new limited edition variant and Mahindra has revealed the unveil date of the 2020 Mahindra Thar. Here’s what transpired this week:

After being showcased in concept form at Auto Expo 2020 and being teased numerous times, Kia Motors has officially taken the wraps off the production-spec Sonet. It looks bold, is loaded with features, and you’ll be spoilt for choice when it comes to engine and transmission options. To know more about Kia’s third offering in India and when we can expect the sub4-m SUV to hit showrooms, head here.

This week also saw Maruti Suzuki launch the S-Cross petrol in India with prices starting from Rs 8.39 lakh (ex-showroom). The petrol variants are cheaper by upto Rs 49,000 than before depending on the variant. The main highlight of the S-Cross petrol is that it is powered by a 1.5-litre petrol mill and an automatic transmission. For more details about what’s different in the S-Cross petrol, head here.

After what seemed like a wait for Godot, Mahindra has finally given up the unveil date for the Thar. Spy shots of the production-spec model suggest that the new Thar will get significant changes on the outside, won’t be a barebones SUV inside, and will also have a mStallion petrol engine alongside the diesel option. Head here for the date and other details.

While last week saw Jeep launch the Compass Night Eagle Edition, Toyota has followed suit with the limited edition Fortuner TRD at prices starting from Rs 34.98 lakh (ex-showroom). Based on the diesel-automatic variant, the Fortuner TRD Edition gets revised cosmetics, some additional kit and is available in all-wheel drive and rear-wheel drive variants. All of this comes at a hefty premium over the standard Fortuner. Head here to know how much of a difference it is.

The folks at Maranello have silently brought the F8 Tributo to Indian shores at a price tag of Rs 4.02 crore. Created as homage to the V8-powered 488GTB, the F8 Tributo is possibly one of the last V8s in the carmaker’s lineup, with a 710PS  twin-turbo V8. It also gets technical wizardry inspired by Ferrari’s GT and Challenge Racing DNA and sports a stunning berlinetta design. To know more about Ferrari’s latest India offering, head here.