Renault At Auto Expo 2020: All You Need To Know 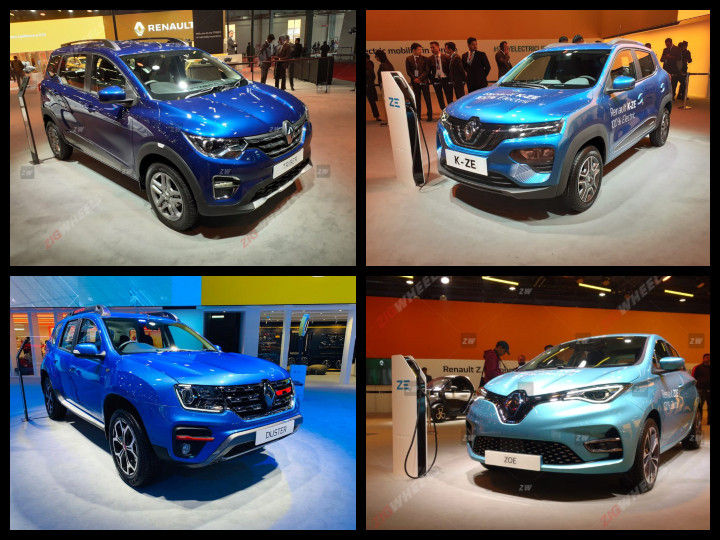 Renault India took the wraps off the long-awaited Triber AMT variant at Auto Expo 2020. It also showed two electric cars -- the Kwid K-ZE and Zoe EV -- at the event.  It also gave us a pleasant surprise by revealing the Duster Turbo. Last but not the least, the French manufacturer revealed two new turbo-petrol engines for the Indian market.

The Triber AMT, unveiled at Auto Expo 2020, utilises Renault’s tried-and-tested 5-speed Easy-R AMT unit. It’ll be paired to the Triber’s BS6-compliant 1.0-litre engine that develops 72PS of power and 96Nm of torque. Apart from the mechanical update, the Triber AMT looks similar to the existing model. We expect the Triber AMT to hit showrooms before April 2020.

Renault gave us a pleasant surprise by unveiling the Duster Turbo. It utilises a 1.3-litre turbo-petrol engine developing 156PS of power and 250Nm of torque. This makes the Duster Turbo one of the most powerful SUVs in the segment. Interestingly, the Duster Turbo will also be offered with a CVT. Apart from a new petrol heart, the Duster doesn't feature any changes. Have a closer look at it in our detailed walkaround video.

Renault’s Kwid K-ZE is essentially the electrified version of the Kwid hatchback. It utilises an all-electric motor developing 44PS of power and 125Nm of torque. The motor draws power from an 26.8kWh battery pack and has an NEDC claimed range of 270km. Like most electric cars, the K-ZE features fast charging, juicing up from 0-80 percent in 30 minutes. The Kwid K-ZE will be launched in the country by 2022. Have a closer look at the all-electric Kwid here.

Renault India took the wraps off the Zoe EV at Auto Expo 2020. It could be launched in the country by the end of 2021. The Zoe EV’s electric motor develops 135PS of power and 285Nm of torque. It utilises a 52kWh battery pack and has a claimed range of 385km. The Zoe EV is one of Renault’s premium hatchback and is over 4 metres long. It also comes with a premium interior with a digital instrument display and a floating infotainment system. Have a closer look at it here.

These are the Renault cars that made a splash at Auto Expo 2020. Which one caught your attention? Let us know in the comments section below.