The most beautiful bike in the world has completed 20 years of existence. We celebrate the occasion with 7 of its best editions 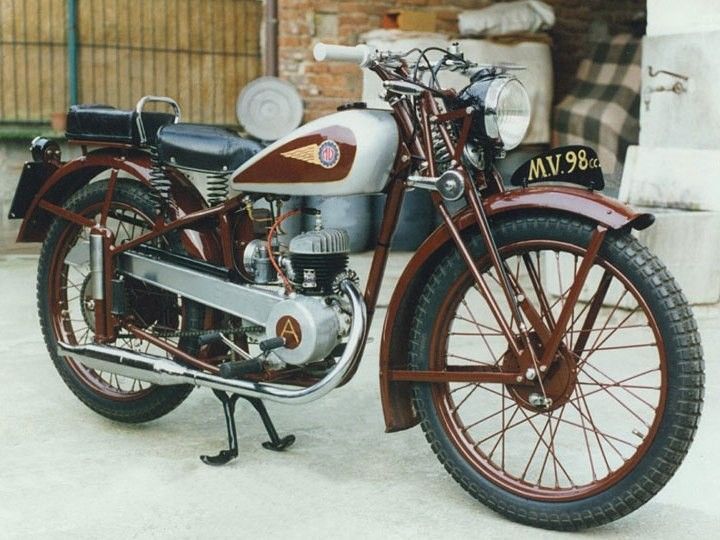 It all started in 1927 when one of the pioneers of the fledgling Italian aeronautics industry decided to turn their attention from aircrafts to motorcycles. The first thing they came up with was a 98cc two-stroke motorcycle engine that was inexpensive to produce and run. However, everything got interrupted by the Second World War and the first motorcycle came into existence only in 1945, named the "98". Very soon, MV Agusta became a renowned name in motorcycle racing as well.

The motorcycle industry underwent a lot of changes in the 90s, and most of it was not in favour of MV Agusta. But the spring of 1992 came with some good news, announcing the ownership of the company to Cagiva Motor, which also owned Ducati till 1996. At that time one of the most renowned motorcycle designers in the world, Massimo Tamburini, was head of Cagiva's design studio. Yes, the same designer who is recognised for designing some of the best Ducatis ever, the 916, 748, 996 and the 998.

After years of waiting, a day came in the autumn of 1997 which changed the history of MV Agusta as it started a new and very intriguing chapter. 20 years on now, it is still going on and the name of this chapter is the "MV Agusta F4 - the most beautiful bike in the world." This is the motorcycle that is almost every enthusiast's wet dream and all of them want to ride it at least once in their life. So, let's celebrate the 20th anniversary of the two-wheeled legend with its top 7 editions which have been released till date.

The first model of the legendary F4 motorcycle was the F4 750 Serie Oro. Only 300 units of this motorcycle were produced. The bike was powered by a very advanced 750cc, four-cylinder, DOHC engine whose prototype was developed in Maranello by Ferrari engineers. Making it exclusive, the swingarm, frame side plates and wheels were made of magnesium and were anodised gold as the name ‘Oro’ stands for the same in the Italian language. There were a lot of special parts in the bike which were designed solely for the MV Agusta F4 750 Serie Oro, such as Showa forks with fast-detach axle clamps and six-piston front and four-piston rear brake calipers by Nissin.

In 2002, MV Agusta started production of a bigger 1000cc version of F4. One of its limited edition versions, released in 2006, is the MV Agusta F4 1000 Senna. The bike was based on the standard F4 1000 S, but boasted a lot of high-end components, parts and race-derived technologies to provide it with an unmatched level of performance and handling on the track. Powering the bike was a 998cc, four-cylinder powerplant, tuned to deliver 174PS of power and 111Nm of torque.  And the best thing was that all the profits from its sales headed to the Senna Foundation, helping disadvantaged children all over the world.

Dedicated to its designer, Massimo Tamburini, this F4 was released in 2005 as a special edition of the F4 1000 S. It was the first bike in the series to get the Torque Shift System (TSS), which provides optimum torque at varying engine speeds. The claimed power output of the motor was 174PS and the top speed was 306.7kmph. The MV Agusta F4 Tamburini also received carbon fibre bodywork everywhere except for the fuel tank, and only 300 units of this edition were produced.

With a full complement of carbon fibre parts and magnesium frame plates, the MV Agusta F4 Veltro was the first bike in the series to beat the F4 750 Serie Oro model in terms of weight. It is another limited-edition motorcycle that was available in two models -- the F4 Veltro Strada, for the road (99 units), and F4 Veltro Pista, only for the racetrack (23 units). Along with a host of performance parts and a lightened chassis, the Veltro edition also featured the same Torque Shift System (TSS) originally found on the F4 Tamburini edition.

Named after Claudio Castiglioni, the Managing Director of MV Agusta, the MV Agusta F4 CC was introduced in late 2006. It was powered by a slightly larger 1,078cc motor having titanium valves, crank and piston rods. This long-stroke version of the engine also featured TSS and was capable of delivering the maximum torque at a low 8,200rpm, instead of 10,200rpm. As it was another exclusive motorcycle from the house of the Italian marque, its production was limited to just 100 units.

The company introduced a further improved version of the standard F4 1000 R in late 2007, and its name was all the introduction one needed as to what it was capable of. The MV Agusta F4 R 312 was again the fastest production motorcycle for the consecutive year, with a top speed of 312kmph. The bike was identical to the F4 1000 R except for the new 30mm titanium intake valves, modified camshafts and 48 mm throttle bodies, providing it with extra 9 horsepower.

The latest and the most capable motorcycle from MV Agusta is the F4 RC edition, which is limited to just 250 units.  And, one of them was allotted to the Indian market as well, with a price tag of Rs 50.35 lakh (ex-showroom, Pune). Based on the flagship F4 RR, the RC edition is a World Superbike Championship (WSBK) race replica, featuring the livery of Team Reparto Corse's F4 race bike. The 998cc, four-cylinder motor of the bike pumps out 205PS of maximum power that can be further boosted to 215PS using the additional racing kit. The bike gets many GP-class features along with the 2.0 EAS (Electronically Assisted Shift) Quick Shift as part of standard equipment.