Word through the grapevine is that Hero MotoCorp will be unveiling a more focussed version of the XPulse. Could it be a new, more powerful Impulse? 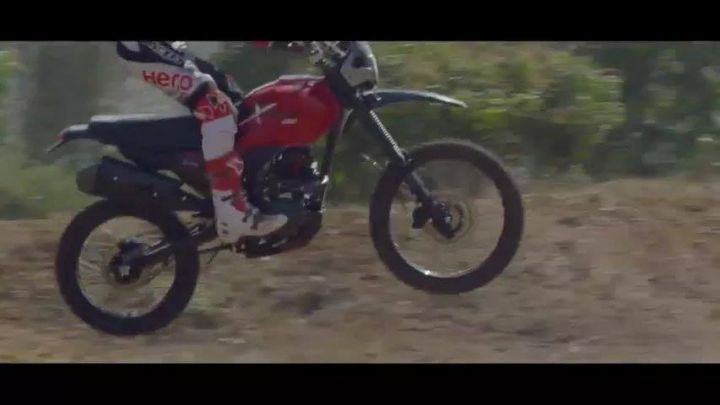 Ever since the Impulse faded away into the dust, off-road and trail riding enthusiasts in India have been pretty much craving for a replacement. Of course, Hero MotoCorp has promised us one, in the form of the XPulse 200. First unveiled to the world at EICMA 2017, the bike is almost nearing launch, which we believe will happen sometime later this month. But while we’re very much looking forward to the XPulse, the bike has strayed a little from the Impulse’s original lightweight trail bike formula. And even Hero itself is billing it as an entry-level adventure-touring motorcycle.

That said, Hero might just have a surprise in store for us. From our sources, we’ve come to know that the company will also have a more focussed version of the XPulse on offer soon, which will be sold alongside the standard XPulse 200 and 200T. While there are no leaked photos, we’ve been told that this bike was spotted testing at the Hero CIT (Centre for Innovation and Technology) in Jaipur. Our sources suggest that it doesn’t have the soft and rounded looks of the standard XPulse 200. Instead, it’s a lot sharper - something on the lines of a modern-day off-roader; Think Impulse!

If Hero is going for a newer, more powerful version of the Impulse, it makes sense that it will be designed to be more capable on the trails as compared to the regular XPulse. And this could involve slightly increased suspension travel, a taller seat height as a result, more aggressive off-road tyres and quite possibly a lighter kerb weight as well. Could it also get the flat, enduro-style seat that’s visible in these captures from a leaked video that came out a little earlier? We certainly hope so. We also wouldn’t be surprised if this bike ran with a slightly different engine tune or a larger rear sprocket to endow it with more bottom-end grunt when off the road. Of course, it won’t be as capable as a hardcore dirt bike a’la the Honda CRF or Yamaha WR. We believe it will be comparable to the Honda XRE series or the Yamaha Lander from the Brazilian market - basically a “soft off-roader”.

Now Hero hasn't officially said anything about such a motorcycle, but the company is already going all guns blazing with its Xpulse, spawning both on- and off-road touring variants, and displaying a bunch of concept bikes built around the same platform at EICMA 2018. And hence, it doesn’t require too much of a stretch of the imagination to believe we could see an Impulse-like motorcycle based on the XPulse’s platform itself.

We’ll have more updates going forward, and (fingers-crossed) we’ll get to ride this more capable version soon. So watch this space for more!