From off-road focused underpinnings to a fancy set of features, here’s everything you need to know about the new Hero XPulse 200 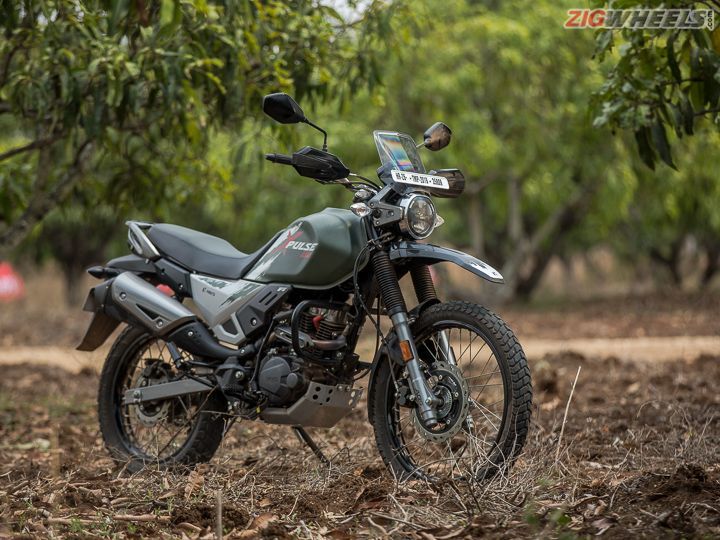 Planning to get into off-road riding? To get your (for lack of a better expression) feet dirty on a budget? We’ve got some news. After showcasing it almost two years ago, Hero MotoCorp has finally launched the XPulse 200 for Rs 97,00 (carb) and Rs 1.05 lakh (Fi) (ex-showroom Delhi). This makes it the most affordable adventure-focused motorcycle in the segment! Tempted? If yes, here’s everything you need to know about the motorcycle:

It gets the same engine as the Hero Xtreme 200R

The newly launched Hero XPulse 200 gets the same engine as the Hero Xtreme 200R. This 199.6cc, single-cylinder, fuel-injected, air-cooled engine generates 18.4PS of power and 17.1Nm of torque, mated to a 5-speed transmission. But considering the XPulse 200’s off-road characteristics, you do get a different final drive ratio compared to the XPulse 200T and the Xtreme 200R. More on this in our first ride review.

While yes, the more road-biased XPulse 200T shares most of its underpinnings with the Xtreme 200R, the same cannot be said about the XPulse 200. For example, you get a different chassis, long-travel suspension setup (front wheel travel - 190mm, rear - 170mm), high ground clearance (220mm), a taller seat height of 823mm and spoke wheels (21-inch up front and 18-inch at the rear) wrapped in knobby Ceat Gripp tyres. Braking hardware consists of 276mm disc at the front and a 220mm disc at the rear.

Further cementing its off-road credentials are a front beak, aluminium bash plate, knuckle guards and a high-mounted exhaust for better water-wading capability. These changes make the XPulse 200 a bit heavier than the 200T by 4kg, at 154kg (kerb).

Doesn’t skimp out on features!

Despite the attractive pricing, the Hero XPulse 200 gets a host of fancy features. This includes a fully-digital instrument console which comes with Bluetooth connectivity, turn-by-turn navigation assist, average speed and a clock. Additionally, you also get LED lights at both ends and a single-channel ABS system.

It undercuts the competition by a HUGE margin.

The Hero XPulse 200 is the most affordable adventure motorcycle in its segment. Its closest competition, the Royal Enfield Himalayan, is Rs 74,000 more expensive, while the BMW G 310 GS costs twice as much as the XPulse. That said, the BMW isn’t exactly as capable an off-roader as the XPulse.

Not impressed? Hero’s got something more “hardcore” in works

The Hero XPulse 200 does check all the right boxes, making it a suitable choice for someone who is just getting into off-roading. However, if you’re someone who wants more of off-road bits on your bike, our sources have revealed that Hero is working on a more hardcore version of the XPulse 200. But it remains to be seen whether this will be an all-new bike or be offered as an optional off-road kit. More on that here.