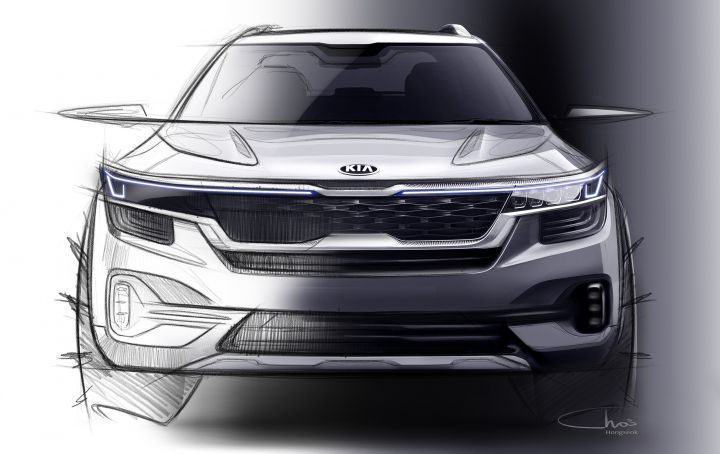 A few weeks ago Kia Motors released sketches of its first offering in the country, the Seltos compact SUV. While the production-spec SUV has been spied sans camouflage in international markets, the interiors have been kept under wraps. However, the latest spy images that have emerged from Korea have given us a clear glimpse of the cabin. Here’s what we could make out from the images.

The Seltos spotted in Korea featured an all-black cabin. Apart from black leather seats, the SUV also features black door pads that get a leather arm rest and big bottle holders. It also gets a wood insert and the door latch is finished in brushed aluminium. The images also suggest that the Seltos will offer plenty of legroom as well as AC vents for rear seat passengers.

Although the dashboard of the spied SUV was under wraps, interior sketches released by the carmaker suggest that the India-spec Seltos will get a dual-tone finish with plenty of wood and aluminium inserts. It will also feature a 10.25-inch, horizontally-stacked, floating infotainment system with Android Auto and Apple CarPlay. Other features include cruise control, automatic climate control, Kia’s Sound Mood lighting and push button start-stop. The Seltos spied in Korea also featured a Bose sound system and we really hope Kia equips the India-spec SUV with it to satisfy audiophiles.

Under the hood, the Seltos will feature BS6-ready 1.5-litre diesel and petrol engines. While the exact specifications are yet to be revealed, the figures are expected to be similar to the 1.6-litre engines found in the Creta. Kia says the Seltos is based on a brand new platform and we expect the next-gen Creta to be based on the same as well.

Kia will take the wraps off the Seltos on June 20 and we expect the SUV to hit our roads by September. It is expected to be priced from Rs 10 lakh to Rs 16 lakh (ex-showroom pan-India) and go up against the Hyundai Creta, Renault Captur, Nissan Kicks, the Tata Harrier as well as the Maruti Suzuki S-Cross.