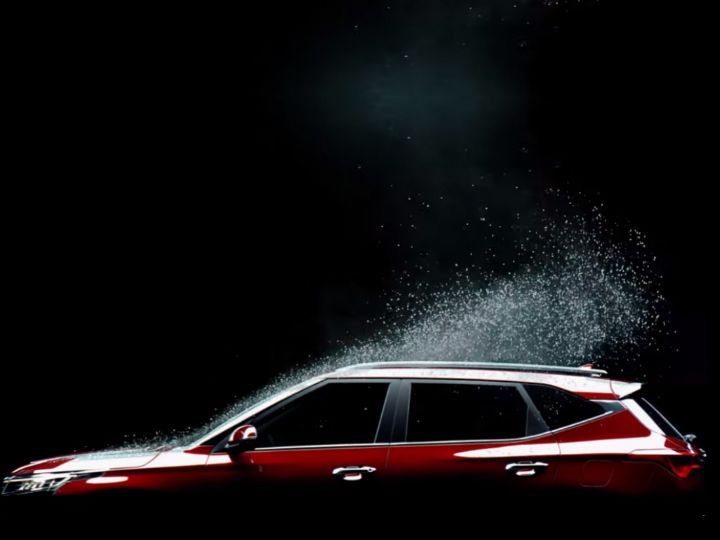 UPDATE: The Kia Seltos has been finally unveiled in India. Head here for more information about the SUV.

The Seltos, codenamed the SP2i before, will mark Kia’s grand debut in India. Kia will globally debut the SUV on 20 June 2019 with an India launch expected around September this year. While the Korean brand has been releasing various sketches, it dropped the first video teaser of the SUV recently. And what we have now, is another video teaser, which reveals a lot of exterior details.

The new teaser takes a different approach compared to the first one and showcases the whole exterior of the SUV in the same wine red shade. The video also gives us a clear idea of how the dual-tone machine-finished alloys will look. You also get a glimpse of the profile as well as the front and rear LED lamps in action. We are already fans of the attractive shade, which looks in tune with the SUV’s contemporary styling.

Powering the Seltos will be a set of  BS6-compliant 1.5-litre diesel and petrol motors. The engines will be paired with both manual and automatic gearboxes. Underpinning the Seltos is a brand new platform which will also spawn the next-gen Creta, set for debut in March 2020.

Thanks to a set of spy shots, we already know that the SUV will get all-black interiors with wood inserts and brushed aluminum accents. The centre of attraction will be a 10.25-inch floating infotainment system that supports Android Auto and Apple CarPlay along with cruise control, automatic climate control, Kia’s Sound Mood lighting and much more. Spy shots have also confirmed that the Seltos gets a premium Bose sound system for markets abroad, but it remains to be seen whether it is offered in India. A host of connected features, dubbed the BlueLink, which debuted in the Hyundai Venue, will also make its way into the Seltos.

Kia is looking to play the premium card in the compact SUV segment which is currently crowded by the likes of the Hyundai Creta, Renault Captur, Nissan Kicks, Tata Harrier and the Maruti Suzuki S-Cross. We expect its prices to start from Rs 10 lakh and go up to Rs 16 lakh (ex-showroom pan-India).