If you’re in the market for a mid-displacement ADV, is Honda’s upcoming CB500X worth waiting for? 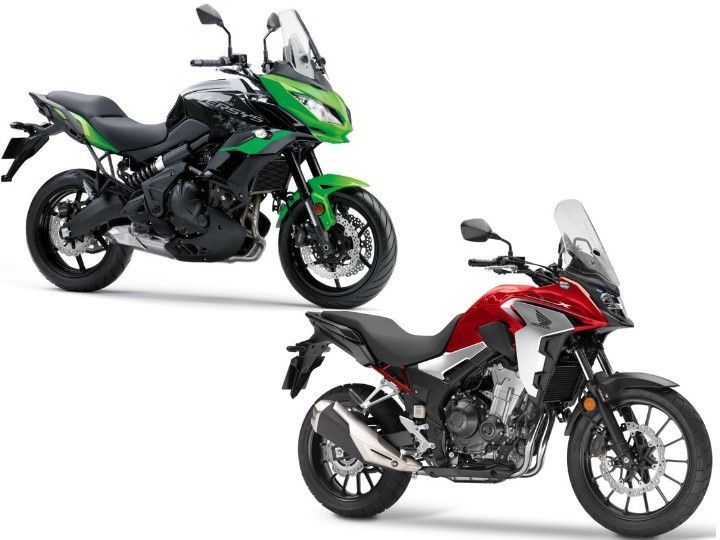 Honda is on a roll at the moment. Since the middle of last year, it’s bombarded us with all-new products like the Hornet 2.0, H’ness CB350 and CB350RS. Adding to this list will be the CB500X adventure tourer, due to launch in April. So if you are in the market for a mid-displacement ADV, should you wait for the Honda, or just go for the current segment favourite, the Kawasaki Versys 650?

The Versys 650 BS6 is priced at Rs 6.79 lakh, and we expect the CB500X to arrive around the Rs 6 lakh mark, so the Honda will be more affordable. But then that’s hardly a surprise, because it’s 178cc down on displacement, as a result of which it has a pretty big deficit of 19PS and 18Nm to the Kwakker. But then again, at 197kg, the Honda is also 21kg lighter than the Versys. Nevertheless, a quick look at the calculator reveals that the Kawasaki still has the higher power-to-weight ratio of the pair.

What it lacks in outright performance, the Honda makes up for in features, coming with LED lighting and fully-digital instrumentation, compared to the Kawasaki’s halogen illumination and semi-analogue gauges.

Neither of these bikes are hardcore off-roaders -- they’re more like soft-roaders. But the CB500X gets a 19-inch front wheel compared to the Versys’ 17-incher, so if you are going to venture off the beaten path, it should be the better option. The Kawi’s response is in the form of an upside-down front fork that’s adjustable for preload and rebound, compared to the Honda’s non-adjustable right-side-up unit. It also trumps the Honda in the braking department, with twin 300mm discs up front compared to the CB’s single 310mm stopper.

Normally, a Honda’s refinement and build quality would be its trump cards in a comparison, but the Kawasaki is an extremely well built and refined motorcycle in its own right. If outright performance isn’t a high priority and you’d rather have a slightly more off-road focused and feature-rich motorcycle, then you should consider waiting for the Honda CB500X.