Honda will be getting its 500cc lineup to India and that includes the CB500F. Here’s all you need to know about the naked bike 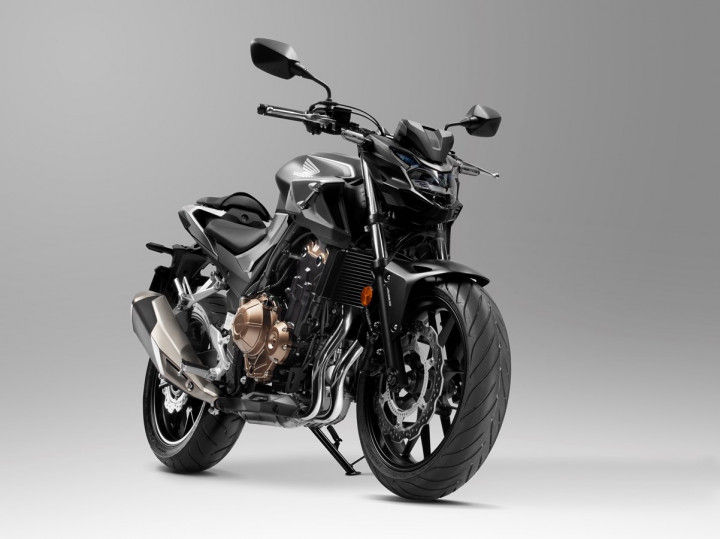 Honda recently revealed that it will be getting its 500cc lineup in India. Among the motorcycle is the CB500F which could possibly be the most affordable 500cc Honda you could buy. Here’s all you need to know about this upcoming 500cc naked.

It gets a parallel-twin motor:

The Honda 500cc lineup shares the same parallel-twin motor but in a different state of tune. On the CB500F, this 471cc liquid-cooled unit puts out 47.58PS at 8500rpm and 43Nm at 7000rpm. Honda has tuned the motor to deliver better performance in the 3000rpm to 7000rpm range. Claimed fuel efficiency is 28.6kmpl and with the large 17.1-litre fuel tank should offer a range of around 490kmpl. It gets a 6-speed gearbox with a slip and assist clutch.

It impresses in the features department:

The Honda CB500F gets features like an LED headlamp, LED tail lamp and LED turn indicators. It gets a fully digital instrument console that includes the speedometer, tachometer, dual trip meters, fuel gauge, average fuel consumption, digital clock and gear position indicator. For safety, the motorcycle gets an engine immobiliser.

Also read: Here’s What You Need To Know About Honda’s Upcoming Sports Bike

The Honda CB500F weighs 189kg. For reference, its closest competitor, the Benelli Leoncino 500 weighs 207kg. Other than the low kerb weight, the low 785mm seat height should also make it accessible to shorter riders. The ground clearance at 145mm should allow the CB500F to clear most speed breakers without scraping its underbelly.

No sophisticated underpinnings in this:

The Honda CB500F comes with a tubular diamond type frame and suspension in the form of preload-adjustable forks and monoshock. However, Honda could drop front preload adjustment in the India-spec version to save costs. For braking, it has a single 320mm disc and 240mm rear disc with dual-channel ABS. The CB500F gets 17-inch cast aluminium wheels with 120/70-ZR17 front and 60/60-ZR17 rear radial tyres.

It could be priced below Rs 5 lakh:

Honda will initially get the motorcycles to India via the CKD route and plans to completely localise them in the future. When launched, we expect the CB500F to be priced in the region of Rs 4.79 lakh (ex-showroom). Once it begins to be manufactured locally, we expect the prices to drop to around Rs 3.7 to Rs 4 lakh. Honda could launch the CB500F in India by the end of this year.