Is Honda’s most affordable ADV for India as good as its international counterpart? 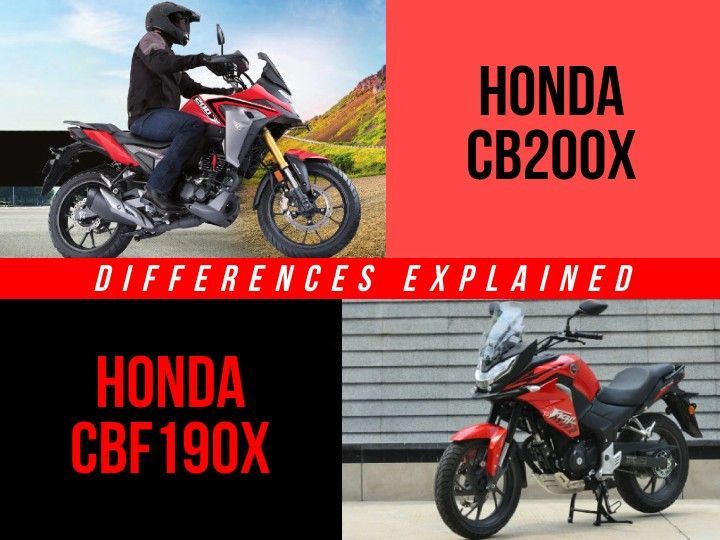 Honda has finally stepped into the flourishing small-displacement ADV segment by launching its first “affordable” ADV in India, the CB200X. But the Japanese giant already has a 200cc adventure bike in China, called the CBF190X. So how different are the two offerings and more importantly, is the CB200X as good as the CBF190X? Well, here’s our two cents:

Even though the CBF190X and the CB200X cater to the same segment, Honda has opted for different design approaches. On one hand, the CB200X takes inspiration from the Hornet 2.0 as evident from its headlamp and tail lamp, while its tank shrouds are reminiscent of the CB500X.

On the other hand, the CBF190X has more of a big bike feel thanks to its broader and bigger fascia, taller visor, and longer side panels. Between the two, the CB200X comes across as the more polished offering courtesy premium-looking components such as the tinted visor, split seat, and sharper graphics.

On the feature front, both bikes get the basics right. All-LED illumination, a visor, belly pan, alloy wheels, hazard lights, and a digital instrument cluster are found on both bikes, along with ABS. In addition to these features, the CB200X also gets handguards with LED indicators mounted on them.

However, the belly pan and visor seem more purposeful on the CBF190X compared to the CB200X.

The CB200X and the CBF190X share the same-spec 184.4cc single-cylinder motor. However, Honda India has eked out a little more performance from the CB200X. It’s tuned to put out 17.2PS and 16.1Nm, 0.4PS more than the CBF190X. Moreso, the peak torque of the CB200X kicks in 1000rpm earlier than the CBF190X, which should make it punchier at slower speeds and more usable off road.

Both the CB200X and the CBF190X are sprung on a USD fork and monoshock. They also ride on 17-inch tyres, anchored by single petal discs at both ends. However, the CB200X gets dual-purpose rubber which the CBF190X misses out on. Additionally, the CB200X is also 2kg lighter than the CBF190X.

However, the CBF has a seat height of 770mm, 40mm less than the CB200X, making it ideal for shorter riders.

In conclusion, it’s quite evident the CB200X borrows many cues from the CBF190X, but it actually comes across as a slightly better motorcycle. The final nail in the coffin is the pricing. You see, the last known price of the CBF190X is about Rs 1.77 lakh (converted from Yuan), Rs 33,000 more than the CB200X’s India price.