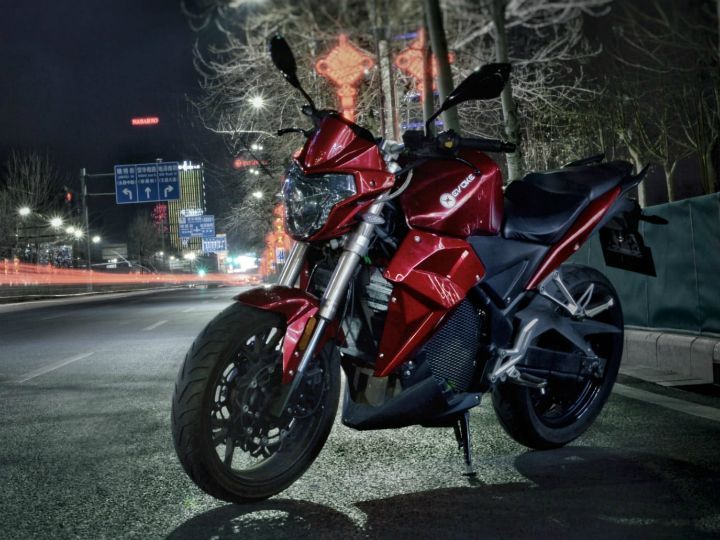 India is one of the biggest two-wheeler markets in the world and to enter into this price-sensitive market, one needs to plan everything beforehand. And this is exactly what Chinese bikemaker, Evoke Motorcycle, is doing right now. The company is planning to unveil its first all-electric motorcycle in India soon. In an interview with Autocar Professional, Evoke Motorcycles’ co-founder and CEO, Nathan Siy, revealed the company’s road map for its India operations.

Also read: Lightning Strikes Back! This Electric Bike Can Do 241kmph!!

Currently, Evoke’s international portfolio consists of two models - Urban S and Urban Classic. However, Evoke will launch a new cruiser motorcycle - the 6061 - later this year. Now, Evoke won’t bring these motorcycles to India. Instead, it will launch an entry-level motorcycle that will be based on their third platform codenamed the Project M1. The e-motorcycle will be pitched against 125cc-150cc petrol-powered bikes.
Evoke Motorcycles is also looking to open an EV design centre in India. Not just that, but the company is also planning to localise around 70 per cent of its product to keep costs in check. In fact, the only part that will be outsourced will be the powertrain, i.e. the motor and batteries. According to the company, India may also play a huge role when it comes to production and exporting their products around the world.

Also read: Who Is CFMoto Exactly?

Another fundamental part of Evoke’s plan is to set up cost-effective charging stations in India. “We are striving to ensure that ultra-fast charging, extended range and enjoyable speeds are maintained,” Nathan Siy was quoted saying. In international markets, the company offers ultra-fast charging options as well, with a 7.7kW charger capable of recharging single battery modules to 80 per cent in just 15 mins. There’s also a 50kW supercharger that can achieve similar charge times with 3+ battery modules.

Last month, the government approved the second phase of the Faster Adoption and Manufacturing of (Hybrid &) Electric Vehicles (FAME-II) scheme. It has allocated Rs 10,000 crore for the scheme and the focus will be to improve charging infrastructure across the country. According to the new plan, the government is aiming to set up close to 2,700 charging stations in cities. The new scheme will help manufacturers from around the globe to set up shop in India and we hope that more bike manufacturer will follow Evoke Motorcycles soon.