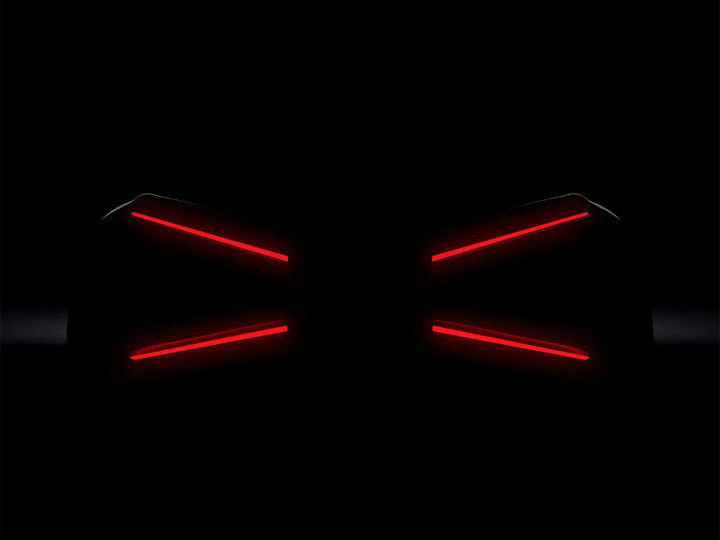 Bugatti recently teased the rear silhouette of a mysterious new model, promising a full reveal on October 28. And now, spied images of a Bugatti prototype have now surfaced testing at the Paul Ricard circuit in France with the same X-shaped tail lights. And it hints at a hypercar tuned for the racetrack.

The spy shots reveal the hypercar shod in heavy camo, but it doesn’t hide the fact that it's got a menacing design. Up front you notice the traditional grille, but it’s a lot smaller in comparison to modern Bugatti models. Aside from that, the nose sits extremely low, flanked by massive air intakes, ventilated hood and  a prominent roof scoop that is likely to feed air into the engine.

Elsewhere, the prototype is flanked by sharp design elements, more air intakes and massive wheels. Heading towards the rear, you’re treated to a large diffuser, a quad exhaust setup, as well as a large rear wing with a shark fin. Essentially, this new model could be a direct rival to the Lamborghini Essenza SCV12 hypercar that’s also a track-focused machine that was tested at Paul Ricard.

Technical specifications are yet to be revealed, but it is likely to be powered by the carmaker’s massive 8.0-litre W16 in a different state of tune. In the Chiron, it makes a whopping 1500PS of power. Also expect some technical wizardry in the aerodynamics and chassis department to help the hypercar tackle the racetracks.

Expect more details on Bugatti's mystery model to be revealed before its world premiere on October 28. Bugatti could debut this model as an extremely rare limited edition hypercar with an equally sky high price tag. Can this new model be a match for the Lamborghini Essenza SCV12? Let us know in the comments below.