Based on a new trellis frame, the upcoming Benelli streetfighter reminds us of the Ducati Monster series 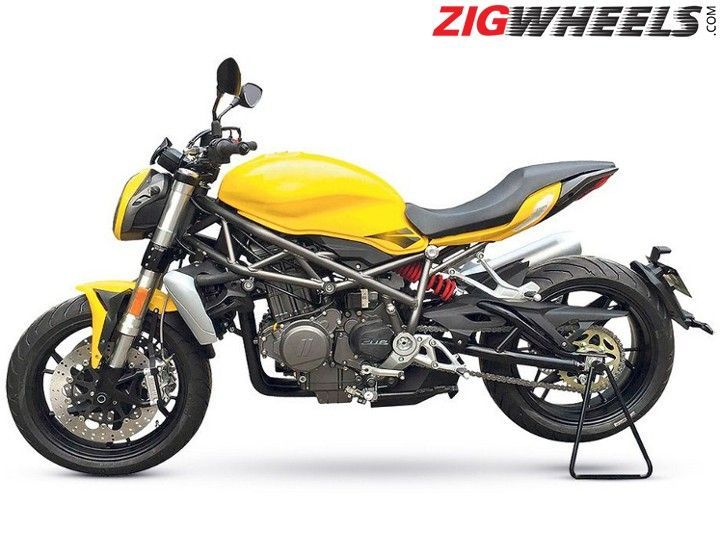 Remember the patent images of Benelli's twin-cylinder powered motorcycle which were leaked around a year ago? Now the bike has taken the shape of reality and it has been spotted on showcase somewhere in China in showroom-like surroundings. The model in the images looks ready to roll out in the market and it has been speculated to be called “Benelli 750GS” as it carries the same moniker on its rear cowls.

The Benelli GS750 seems based on a completely new platform that uses a trellis frame, providing it with an appearance that looks much inspired by the popular Ducati Monster series. Moreover, the shape of the headlamp and the tail section also seem to share design cues with the Ducati Monster 696.

Powering the upcoming Italian machine will be the liquid-cooled, parallel-twin engine that was showcased by Benelli at last year's EICMA show in Milan, Italy. Though it shares the basic design with the existing three-cylinder motor of the company, the entire internal geometry has been redesigned. As per the manufacturer, the motor has been claimed to deliver 98.3PS at 10,000rpm and a peak torque of 63.7Nm at 8000rpm. The figures look quite impressive, however, we can't say anything with surety about the performance of the upcoming motorcycle.

Looking at the pictures of the Benelli 750GS, we can see features like beefy USD forks at the front, rear monoshock, projector headlamps, meaty tyres, dual front disc brakes, digital instrument cluster and much more. However, the in-depth feature details will come out only with the unveiling of the model. All we can say right now is the Italian manufacturer will definitely try to bring this new model in a very competitive price bracket that will position it as a very strong player in most of the markets. The product will challenge offerings such as the new Kawasaki Z650, Ducati Monster 797 and the Triumph Street Triple.