Patent images have revealed the Imperiale 530 previously uncovered in January 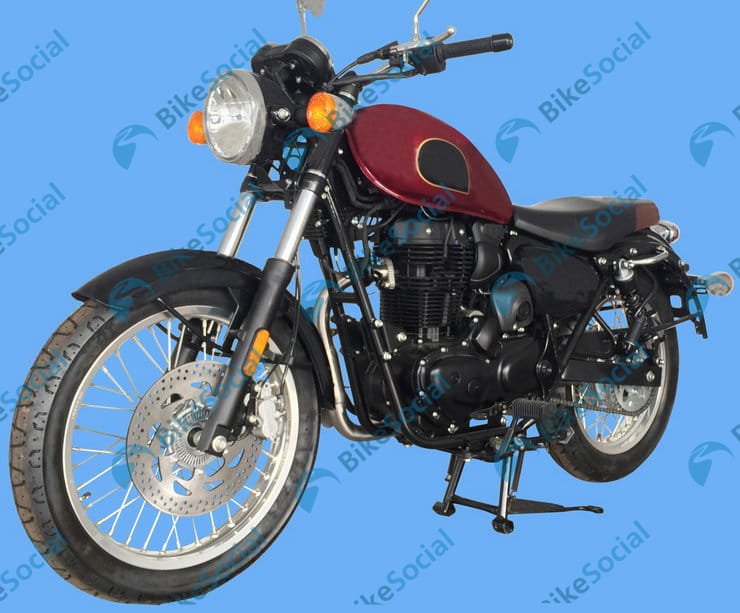 A while ago, images from one of Benelli’s dealer conferences gave us a peek into the manufacturer’s plans for 2020. And while the ongoing COVID-19 pandemic may have thrown a spanner in the works for some of the bikes on the list, the manufacturer recently filed patents for two of its upcoming machines. One of these is the Imperiale 530 whose appearance has now been revealed in these patent images.

Unsurprisingly, it looks rather similar to the Imperiale 400 that we get here in India. You get the same retro design theme with the classic round headlight and teardrop-shaped fuel-tank. The only way to distinguish the 530 from its smaller sibling is the single-piece dual-tone seat seen here compared to the two-piece unit on the 400.

As for the engine, all the casings look very similar to those of the 400’s motor, leading us to believe that Benelli has probably bored and/or stroked out the existing 374cc unit. In the smaller Imperiale, you get 21PS and 29Nm, so expect this larger engine to put out anywhere between 28PS to 30PS. And going by the additional catalytic converter seen on the exhaust downtube, this engine is likely to be BS6/Euro5-compliant too.

The Imperiale 400 goes up against the Royal Enfield Classic 350 and the Jawa, and we’ve already pitted these three against each other in our road test comparison. The Imperiale 530 would’ve squared off with the erstwhile Royal Enfield 500cc range, if it were to come to India. At the moment, though, with the Imperiale 400 yet to receive its BS6 update and having already gone up in price by Rs 10,000 to Rs 20,000 since its initial launch, it seems unlikely that the Imperiale 530 will make its way to India anytime soon.