It offers a claimed range of 75-80km on a single charge. 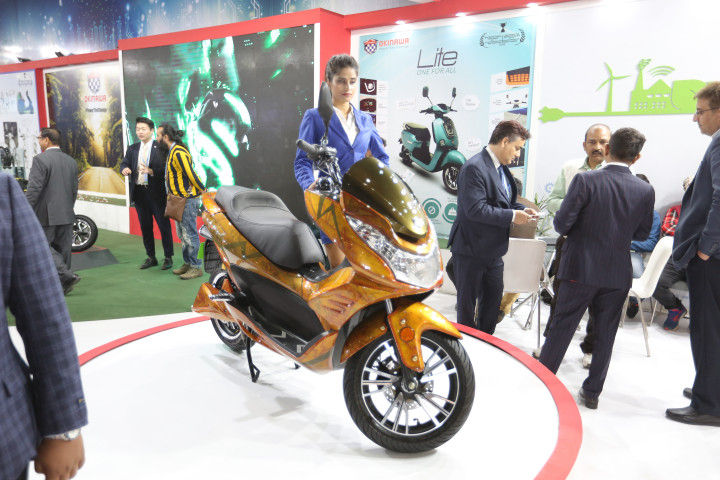 Late January 2020, Okinawa teased a certain electric maxi-scooter, which was pegged as the first of its kind in the electric scooter space in India. Now, it’s followed through with the unveiling of the scooter at Auto Expo 2020. The Cruiser, as Okinawa calls it, offers a big scooter feel, which can only be compared to the Suzuki Burgman Street 125 in India in terms of dimensions. It's expected to be launched in India by mid-2020.

It's powered by a 3kW, brushless motor with a top speed of 100kmph. Range, on the other hand, is claimed to be 75-80km per charge, which puts it on par with the Ather 450. Now, you'd probably expect a charge time equivalent to that of the Ather 450 as well, but that's far from the actual number. In fact, the scooter’s removable 4kW lithium ion battery takes between  2 to 3 hours to fully charge via a conventional power socket.

In terms of features, the scooter packs a full LED headlight, a semi-digital instrument console, front disc brake, and extra storage behind the front apron. While there’s official work from the company itself, we expect the maxi-scooter to pack features similar to the rest of the Okinawa’s portfolio. This includes central locking with an anti-theft alarm, keyless entry, and a USB charging port.

There’s isn’t much to talk about in terms of design, except for the fact that the scooter looks proportionally bigger. Then there’s the paint scheme, which although eye-catching, is a bit too flashy.

View All
All Upcoming Okinawa Bikes