Ather 450X Will Be Available In 16 More Cities 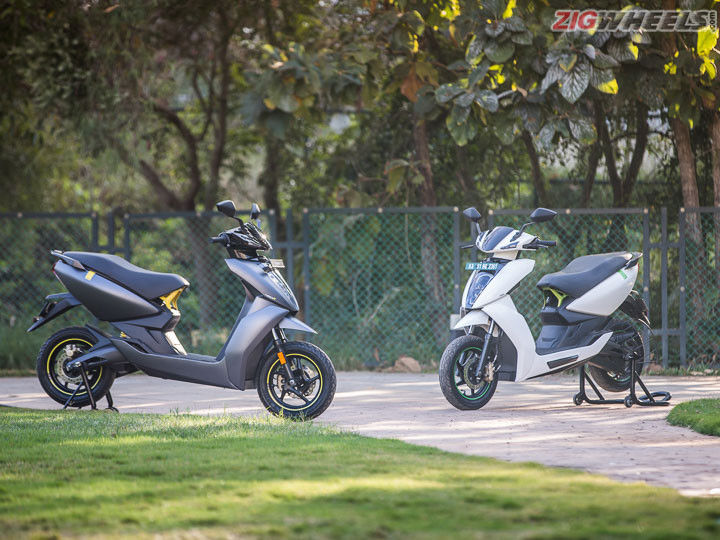 Ather Energy has been quite active in making its new electric scooter, the 450X, available in cities outside of Bengaluru and Chennai. The electric scooter start-up is already going about expanding its footprint in nine more cities and it has just announced the list of 16 more that will be added by the end of the first quarter of 2021.

These new cities are:

Ather has been working hard to improve its offerings in the range, performance and features departments. The last of the original 450s were delivered in November with the new 450X models already being delivered in Ahmedabad and Pune. Hopefully, the addition of these cities will bring about better acceptance of electric mobility in the smaller towns of our country.

Bengaluru, 07th December 2020: As part of phase 2 of expansion, Ather Energy, India’s first intelligent electric scooter manufacturer, announced the launch of the Ather 450X in 16 additional cities - Mysore, Hubli, Jaipur, Indore, Panaji, Bhubaneshwar, Nasik, Surat, Chandigarh, Vijayawada, Visakhapatnam, Guwahati, Nagpur, Noida, Lucknow and Siliguri. The overwhelming demand for Ather Energy’s products, dealership requests, and also the volume of requests for test rides has led Ather Energy to include these new markets in Phase 2 of their expansion. Ather Energy is now fast tracking its plans to meet the national demand for the vehicle and by Q1 2021, Ather 450X will be available across 27 cities in India. Many in these new cities are also eligible for the limited-edition Series 1 vehicle, as they placed orders in January 2020 before the official launch of the new product line.

Ather will be opening up in these cities in a staggered manner by Q1 2021 and will begin by setting up test rides to let consumers experience the vehicle. Ather has also been talking to prospective retail partners in these markets and has already begun locating spaces to set up its fast EV charging network, Ather Grid. In the 11 markets that Ather has presence in, more than 60 charging points are already installed with more in the pipeline.

The Ather 450X is an upgrade from its predecessor Ather 450 and is the quickest and one of the smartest scooters in India, and comes in three new colors; Grey, Green, and White. The scooter is powered with a 6kW PMSM motor, a new 2.9 kWh lithium-ion battery, and comes with 4 riding modes. In addition to Eco, Ride, and Sport, Ather has introduced a new high-performance mode, 'Warp'. Ather 450X can go from 0 to 40 kmph in just 3.3 sec in Warp mode, making it the quickest scooter in the 125cc category and the perfect choice to navigate through city traffic. The Ather 450X will also charge 50% faster than before at 1.5km per minute, making it the fastest charging rate in the electric two-wheeler category.

Additionally, the electric scooter will have a 4G SIM card and Bluetooth connectivity, allowing riders to manage phone calls and music on the touchscreen dashboard. The new 7” touchscreen dashboard, comes with a color depth of 16M and a Snapdragon Quad-Core processor. Ather 450X utilises Android Open Source to offer Google map navigation, on-board diagnostics, and other unique features like Over-the-air updates, Auto Indicator off and Guide-me-home lights.

As associate sponsors of the India-Australia T-20 series, Ather Energy recently launched its first TVC campaign during the matches. The ‘Break Through’ ad campaign aims to feature Ather as a two-wheeler company which is redefining the near future of automobiles in India with its products and services. Consumers can now catch the new TV commercials and ads on all major channels, OTT platforms and in newspapers.

Quote by Ravneet Singh Phokela, Chief Business Officer, Ather Energy: “We are really excited about adding 16 new markets and we look forward to establishing ourselves in these cities in the coming months. This expansion is the result of the strong demand from the consumers, dealerships and also, the test ride requests that we have received since the launch of Ather 450X. Ather Energy has always strived to build futuristic electric two-wheelers which boast of superior technology and innovative solutions to make the switch to electric easier for the consumers. We aim to introduce Ather products across the country and fulfill the needs of consumers by providing a premium offering.”